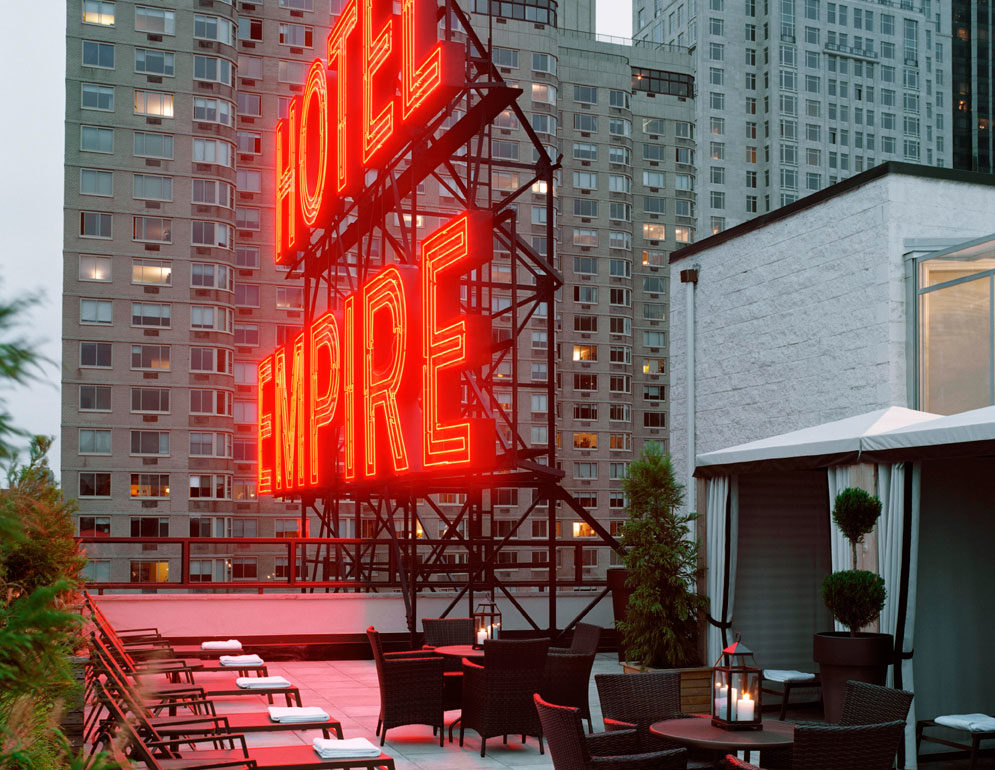 The Historic Empire Hotel – Our New Home Away from Home

Packing everything up in San Francisco and bringing it all to New York is no easy task, but it’s something we do every season. One thing that makes the whole ordeal slightly more manageable is having a great home away from home that we can settle into. This February, we are staying at the historic Empire Hotel on the Upper West Side, and we couldn’t be happier.

The Empire Hotel is one of the oldest in New York City, and has been a happening spot since first opening in October 1923. The rooftop boasts a neon sign from the original hotel that can be seen from several blocks away–at night, it’s like a beacon guiding you home. The rooftop is also home to one of the chicest nightlife spots in the city, with stunning views of the NYC skyline.

The recently renovated interior spaces have a swanky Jazz-age feel harkening back to the hotel’s 1920s roots. Sumptuous fabrics and dark tones are warm and inviting, and the Art Deco décor adds some serious glamour–what more could you want during fashion week?!

And did we mention it’s literally across the street from Lincoln Center and only one block from Central Park? Yep, there’s nowhere else we’d rather be. 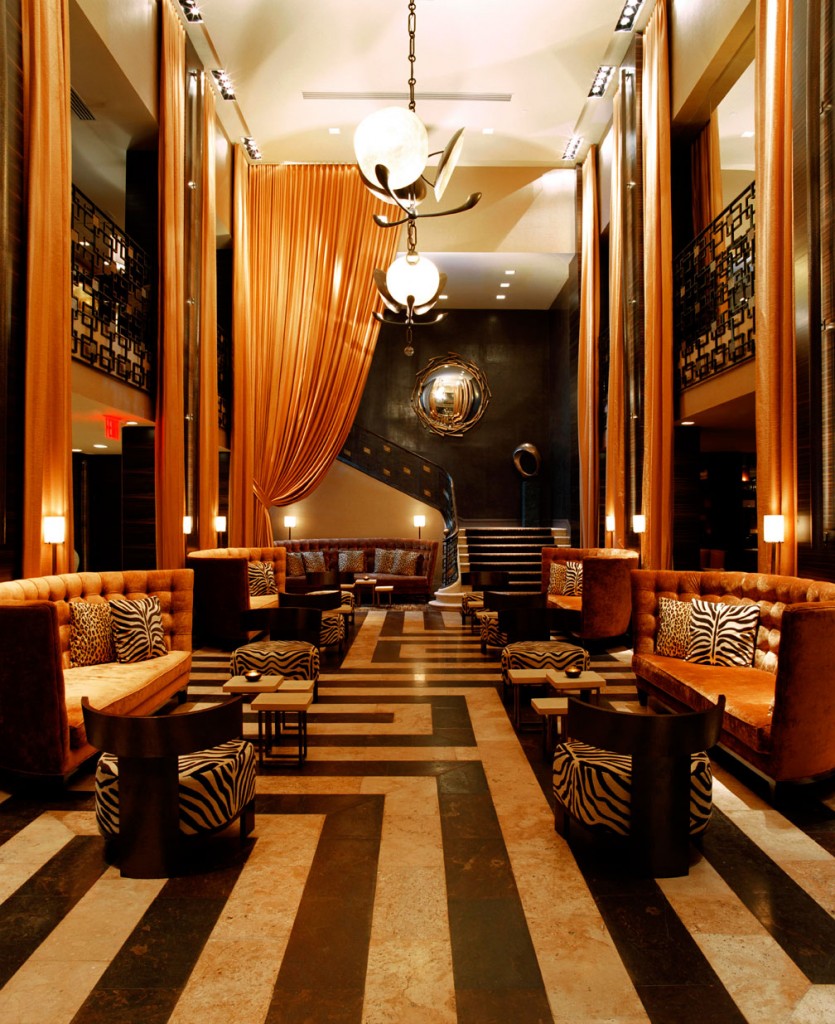 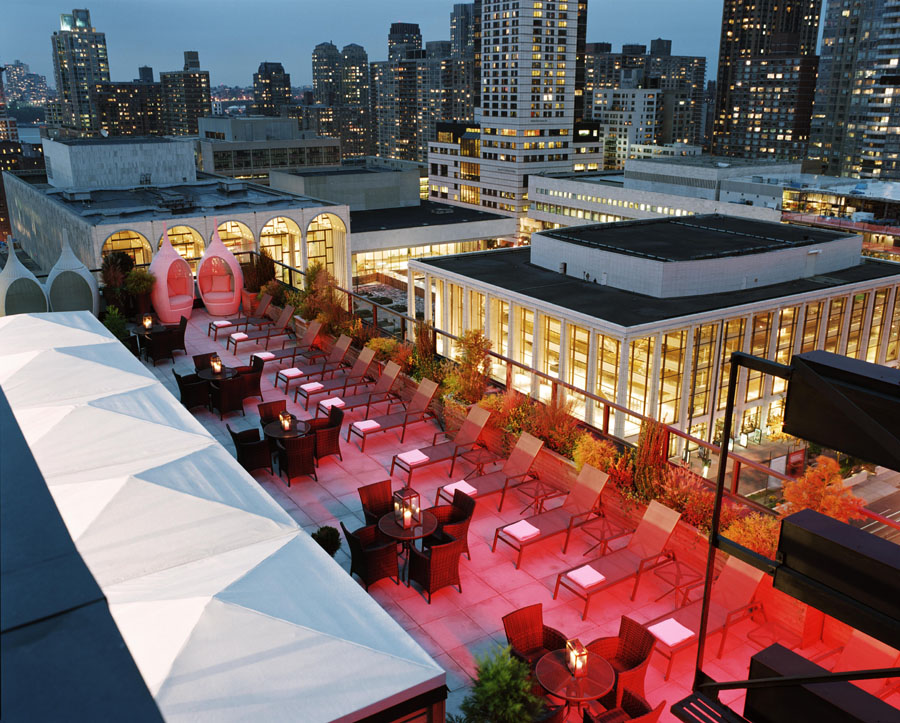 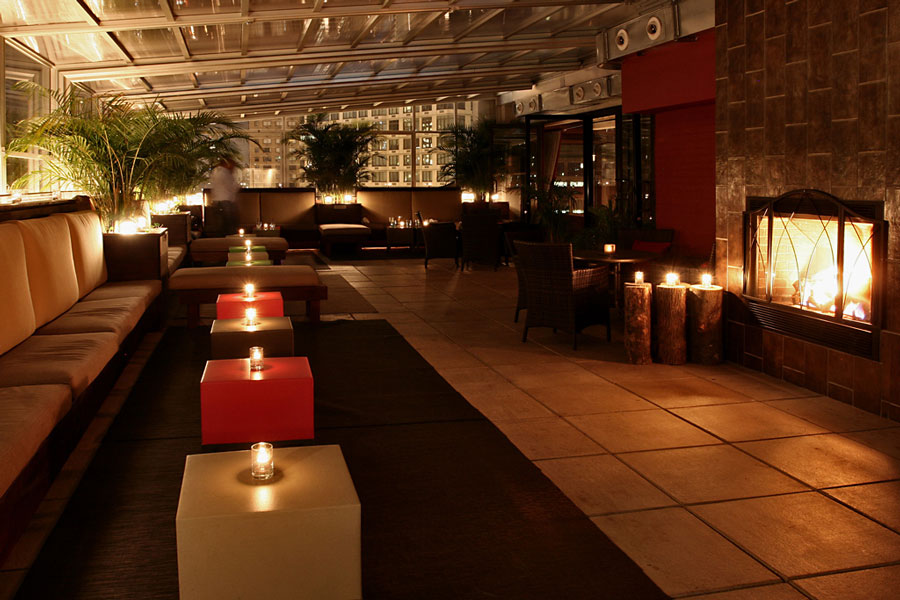