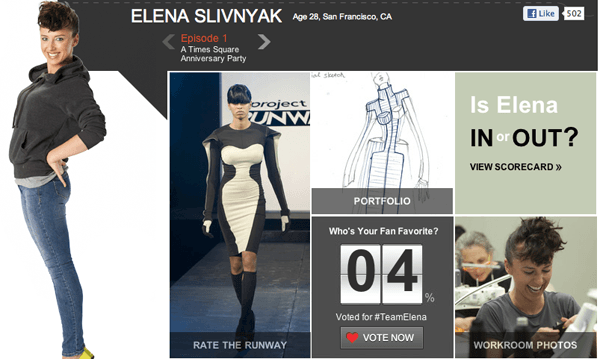 It’s time for another season of Project Runway – premiering tonight on Lifetime at 9 PM. And with this season marking the show’s 10th anniversary, we’ll venture to say it might be the best one yet, due in part to the fact that one of our alumni made the cut! Elena Slivnyak, 2009 BFA Fashion Design alumna, was chosen as one of the top 20 contestants, though we can’t say we’re surprised.

For the past three years, Slivnyak has worked on her own line, IIMUAHII, in San Francisco, and was recently featured in the Supreme Beings fashion show at the SOMArts Cultural Center.  Her futuristic aesthetic immediately impressed the casting judges, earning her yes’s across the board. We have no doubt that her signature designs and impeccable skills will carry her far in the competition, and we can’t wait to see her looks on the runway!

Be sure to tune in tonight at 9 – and if you’re tweeting, use the #TeamElena hashtag!