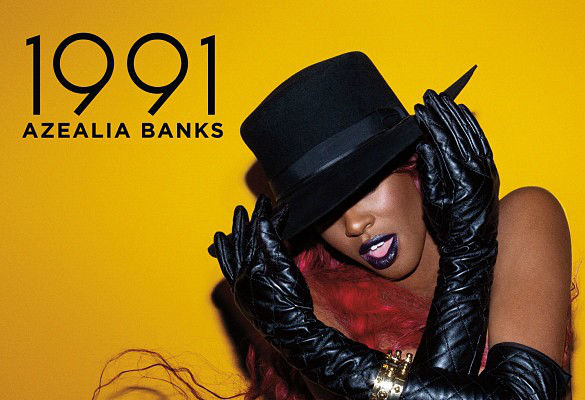 Azealia Banks has made a name for herself with her wicked fast rhymes and electro house beats, not to mention her wild stage style. Her first single 212, a dirty-talking dance joint, was a viral sensation and successfully piqued the interest of the music industry, even landing her a spot on Coachella’s coveted line up. Today marks the release of her first EP, 1991, and it is just the summer soundtrack we’ve been waiting for. Her signature raps layered over hip hop drums and a heavy dose of house create the perfect dance jams, exactly what we’ve come to expect from the breakout star. Later this summer, she’s set to release a mixtape titled Fantastic and will be working on some high-profile collaborations – Kanye and M.I.A. have both been mentioned – luckily, we’ve got 1991 to hold us over til then.

Follow the jump to hear two new songs featured on the EP, Van Vogue and 1991!