The sun shined bright as I made my way through the Treasure Island Music Festival gates. Blue skies surrounded the small island, while catchy beats from Disclosure filled the air. A lackadaisical local laid across a multi-colored woven blanket while his peers took turns face-painting each other, each enthralled with the music. After the less than impressive rapper Danny Brown, next to follow was the soulful voice of Little Dragon, whose percussions floated across the grounds. I became busy playing in the “family fun area”, distracted with alluring bubble formations. After profusely offering to tip the bubble creators, it was time to give up the nonsense and focus on the epic back-to-back-to-back line up of shows for the rest of the night. San Francisco’s October heat-wave ended promptly at 7:00pm that night. As the Saturday crowds settled in, they quickly reached for their interchangeable layers. Trendy crop-tops and funky printed leggings were covered up with cashmere sweaters and heavy fleece hoodies. Dark-green trench coats were draped over the many thin, cotton, floral printed dresses, (the result of thrift-store finds), and even the males couldn’t fight the crisp air. They layered their vintage Hawaiian shirts with jean jackets, buttoned up to the nape of the neck. Those solely sporting flower head-wreathes and fur vests, were additionally accessorized with goose bumps as the wind picked up. 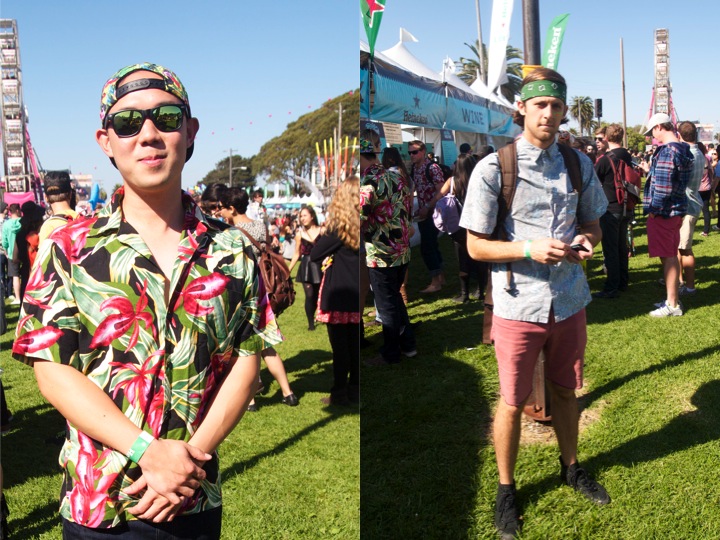 Once the sun had officially set, it was as if the ferris wheel had appeared out of thin air. Its colorful beams sparkled, looking more inviting than ever. I made my way to the front of the Tunnel Stage to gear up for Holy Ghost!, whose cool Brooklyn swagger was on full display. Adding to the theme was a surrounding group of skull-face-painted fans. The crowds grew thick and excitedly danced throughout the catchy set. What happened next was a defining moment for Phantogram. They shook up the audience with their fan favorites, as well as some brand-new hits. Front woman, Sarah Barthel, shouted into the microphone, “We’re not supposed to play this song, but here it is!” Their rocker edge was the biggest surprise and  a beautiful transition to the subsequent notorious psycheldelic sounds from Atoms for Peace front man, Thom Yorke, and Flea, the bassist for the Red Hot Chili Peppers. A volunteer group enhanced the experience by hoisting giant, white, glowing Jellyfish that seamlessly hovered just above the crowds. We were effortlessly entertained for next hour, including all three of Yorke’s reappearances. 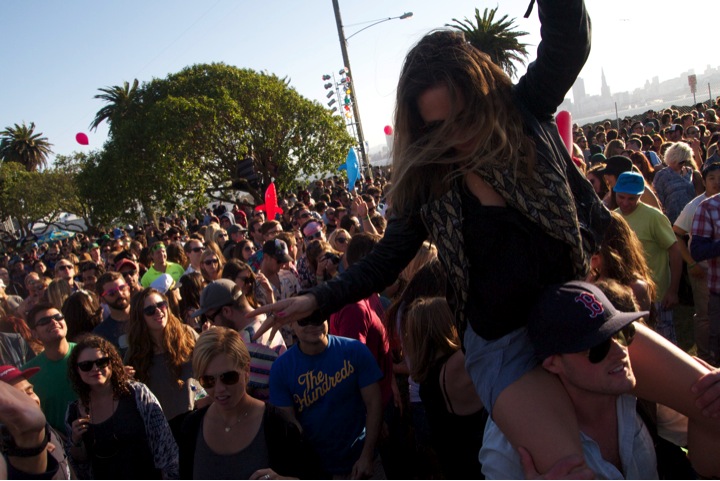 written by and photos courtesy of Ashley Castanos.