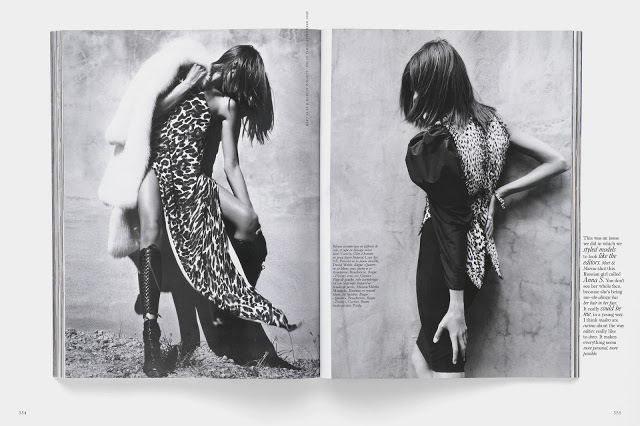 Good morning, Fashion students! Today’s “Monday Morning Photo” shows art imitating life. In the pages of Carine Roitfeld’s Irreverent, the book features photographs from the French fashion editor’s 30 plus year career. This spread from the September 2008 issue of Vogue Paris, models were styled to look like iconic fashion editors with Russian model, Anna S., made to look like the then editor in chief.

This fall, Mme Roitfeld not only debuts her September fashion shoot as the Global Fashion Director of Harper’s Bazaar (shot by Karl Lagerfeld), but will also be the subject of her own documentary film. “Mademoiselle C” follows the French style icon throughout the launch of her new magazine CR Fashion Book, giving a unique insight to both Carine’s world and that of haute fashion.

The documentary opens in the U.S. on September 11 and in London’s Cine Lumiere on September 20. Can’t wait till then? Watch the trailer here.