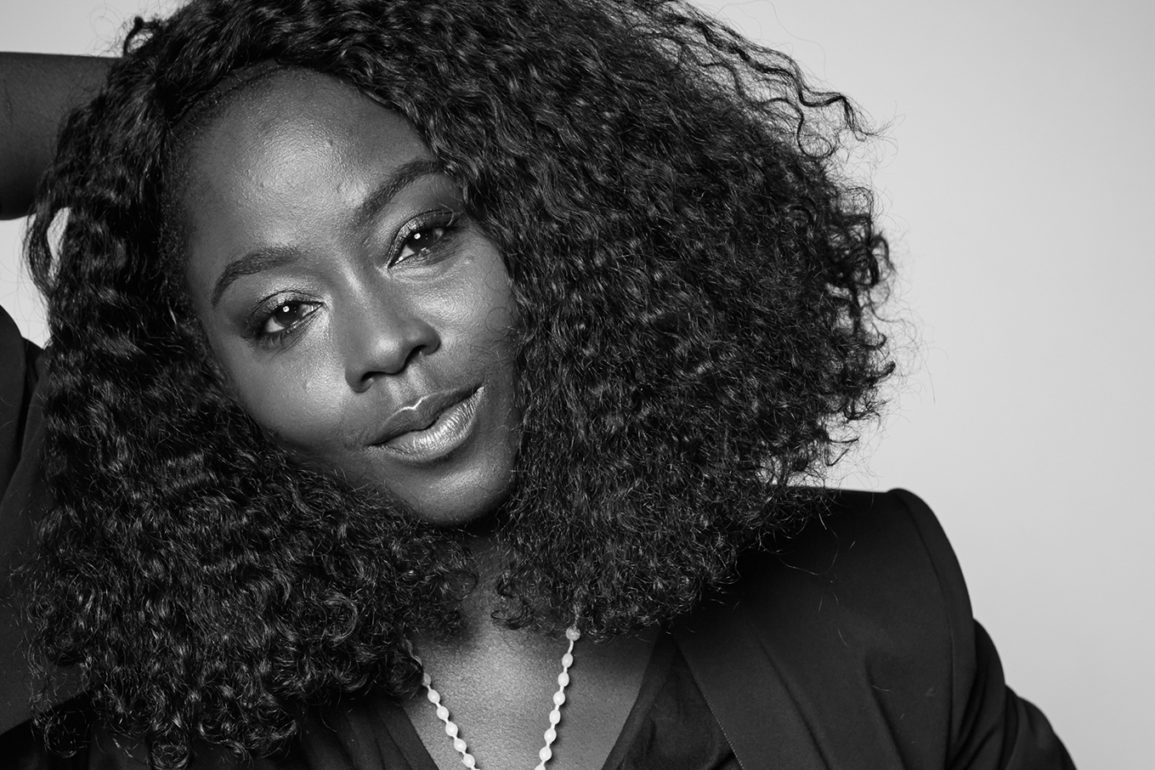 Zandile Blay and the “Language of Now’’

Most people grow up and choose their profession. Zandile Blay, one of the newest part-time online instructors of the Academy of Art University’s Fashion Journalism program, was born into it. Journalism runs in her blood, having inherited the storytelling gene from her parents, Blay followed her destiny—first as an undergraduate in Broadcast Journalism from Syracuse University and then as a graduate student in Fashion at Central Saint Martins College of Art and Design.

Blay has since landed editorial positions at Paper Magazine, Seventeen, Essence, and HELLO! Nigeria. Her work has also been featured in InStyle, New York Magazine online, and The Daily News, amongst others. As the current Style & Culture columnist for The Huffington Post and the Managing Partner and Editorial Director at Blay Digital Media (BDM), Blay’s editorial expertise and prodigious experience make her particularly adept at navigating the continuous evolution of fashion media.

It comes as no surprise then that Blay was invited to join the Fashion Journalism program as it expands to reflect the ever-growing prominence and pivotal role of social and mobile media. We’re currently at the frontier of a new type of journalism, and the power and potential to charge forward and make a mark is in our hands, literally.

In the upcoming new course, launched this Fall 2016, FSH 628 Social and Mobile Reporting, Blay will guide students through the digital realm and teach them how to effectively find and tell stories through the style, speed, and ease of networking platforms via a mobile device. Students will be ahead of the curve by mastering the ins and outs of digital storytelling through multiple apps and mediums. In other words, the course will teach students how to optimize those never-ending hours spent on social and mobile apps into journalism careers. All that time spent scrolling on your phone will finally pay off!

Angela Han: How did you get into journalism? Have you always had an interest in fashion?

Zandile Blay: I was born into the field. My parents are both journalists – my father’s specialty is newspapers and my mother’s is broadcast journalism. Likewise, my brother and sister are both journalists, as are my cousins, uncles and aunties. With that many media folks around, it was sort of a given that I’d join their ranks.

Initially, my interest was specifically in political reporting, especially since politics has been the focus of my family’s work in media. However, fashion developed as a powerful rival for my interests. By my sophomore year in college I’d committed to fashion journalism as my specialty.

AH: You’ve had years of editorial experience including editorial positions at HELLO! Nigeria, Paper, Seventeen, Essence, and Scene. How did you come to work as an editor? What are some of the most important lessons you’ve learned through your career?

ZB: I got into editorial the usual way—internships, which led to jobs. My first job was as Readers Editor at Seventeen Magazine where I read and responded to reader mail, edited the mail page, and communicated with readers through cool new sites at the time (Twitter and Facebook!)

I learn lessons daily, but the most important and evergreen has been: enjoy yourself. It seems like simple advice, especially when your job description involves playing with clothes, attending events, and rubbing elbows with posh people all day. But if you aren’t truly connected to yourself or the work, the fun can turn dull surprisingly quickly. It seems cliché, but joy plays a central role in your longevity, quality of work and quality of connections in the industry.

AH: As an editor, you are often bombarded with content, pitches, etc. How do you pick and choose what to publish? What stands out to you?

ZB: I love to describe it as “voice” acting. Meaning as an editor you take on the character of the publication and let it come out through your voice – be it writing, story selection, or even your own visual presentation. The cool thing about writing is that it’s not necessarily just words that communicate your concepts as a reporter but your thoughts can be communicated through so many different mediums.

That’s actually why the Social and Mobile Reporting course is so timely. It allows students to explore all the different ways which stories – which back in the day may have only been told through a picture and words – can now engage and educate readers as video, as sound, or multi-media, multi-platform stories. Just as exciting are emerging and abstract new forms of storytelling such as 140 characters on a social media post, direct messages and even online chatting.  We cover all this ground and more – and I can tell you already that the number one most exciting thing I’ve taken away from this academic adventure is – no matter the time, tool or technology – journalism and the art of storytelling remain as exciting today as it ever was.

That said, when it comes to personal writing projects or assignments that allow me to explore my own personal voice – I look to my instincts to decide what stories will bring the most value to my audience.

AH: Which fashion writers have influenced you the most? What about fashion icons?

ZB: The most influential writers for me have been my father, mother, sister and auntie. The journalist in me loves to have the back-story, even on icons I admire. There’s something doubly magical about being influenced by good work, especially if it’s produced by folks you know.

In terms of icons – I don’t know if I’m influenced by any. But I will always admire the intellect, ingenuity, courage and honesty of Coco Chanel and Azzedine Alaia. They were two designers I studied as a student and lessons learned from their approach to their work and life have never left me till this day.

AH: What is Social & Mobile Reporting?

ZB: In a word: gossip. It’s that tried and true act of getting a juicy scoop and running and telling everyone about it! Except now you can do so with scale, style and speed thanks to an ever growing list of really cool social media apps that you can access conveniently in the style of your hand.

Of course, the word “gossip” can’t cut it as the sole explanation. This is about finding, telling and selling (in terms of promotion to your network and your audience) great stories. And it’s about doing so with ease – from the convenience of your mobile phone.

This is the current reality for professional journalists, bloggers and personalities out there. More and more stories are being broken and produced from the field using mobile phone, mobile reporting equipment, and apps.

Students will learn to do how the pros do.

AH: What role does this new type of journalism play in fashion industry?

For one, it’s changing the very hierarchy of editorial and making the young 23-year-old with little experience senior to the seasoned editor because they know the language and lexicon of now.

Secondly, for the up-and-coming fashion brands, it’s removing the need for editorial. Through their own social media accounts and mobile sites, they can editorialize their brand story and create custom content that connects directly to the audience.

It’s having very contrasting impact on the industry. But I view it as wonderful. For smart, enterprising, entrepreneurial students and grads, this is a great time, unlike any other to master Social and Mobile Reporting and make your mark in a major way in the industry.

It’s like the Wild Wild West. But just on your phone.

AH: Why is this type of reporting on the rise? Is this a temporary phenomenon?

ZB: It’s more of an evolution than a temporary phenomenon. And that’s exactly what we delve into at the top of the class. The last several hundred years of history show that technology and tools (how the journalist tells the story) always evolve. With that comes new styles and forms of storytelling.

It’s on the rise because it’s the language of now. Journalism aside, most people use their phones for everything – so just as with doctors – journalists are more than ready and willing to meet their readers exactly where they are. And in 2016, eyes are fixed, heads are bent, and fingers are pressed against the screen of their devices.

AH: As the only designated and accredited BA and MA Fashion Journalism programs in the country, what sets it apart from other programs?

ZB: What I love about the Social and Mobile Reporting course is it’s so ahead of the curve that it does not have to compete. It’s less about how different or similar it is to what’s out there and more about how essential it is, period, to anyone who is serious about storytelling.  But naturally, coming from a program as dynamic as the Fashion Journalism program and under the guidance of visionary Department Director Stephan Rabimov, it promises to offer several points of distinction.

The best of these to me is that while this is a course planned and designed with aspiring journalists in mind, it empowers everybody. From designers to artists to sculptors – the tools, tips and tricks discovered in this course apply to us all. It’s no longer just journalists who need to know how to tell a story. Social media has made it so that mastering that skill set is what can set us all apart whether at work or at play!

AH: Do you have any advice for aspiring fashion journalists?

ZB: Be yourself—that’s more than enough for you to succeed.