Why Don’t You Watch a Terrence Malick Film? 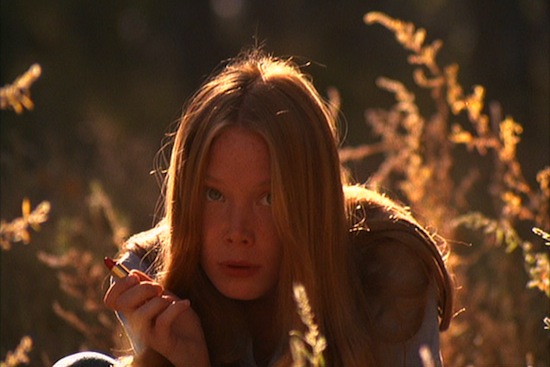 Known for his distinct visual directing style and iconic movies, everyone should at least have one Terrence Malick movie in their library. Perhaps you would enjoy 1973’s Badlands a story about a young couple on a crime spree starring Sissy Spacek (pictured above) and Martin Sheen or maybe something like 1978’s Days of Heaven starring Richard Gere and Brooke Adams as a poor couple that goes out to the Texas panhandle to work for a wealthy farmer. Then there’s The New World, one of his newer films starring Colin Farrell and Q’orianka Kilcher as Captain John Smith and Pocohontas — but don’t expect any Disney-esque musical numbers or friendly raccoons in this version.

Then there’s his latest piece of work, The Tree of Life — which has been getting mixed reviews at the Cannes Film Festival. The movie is about — well — why don’t you just watch the trailer:

The trailer leaves much to your own interpretation but it’s visually appealing — just like all his other movies.

The Tree of Life opens in New York and Los Angeles on May 17 and June 3 in San Francisco.