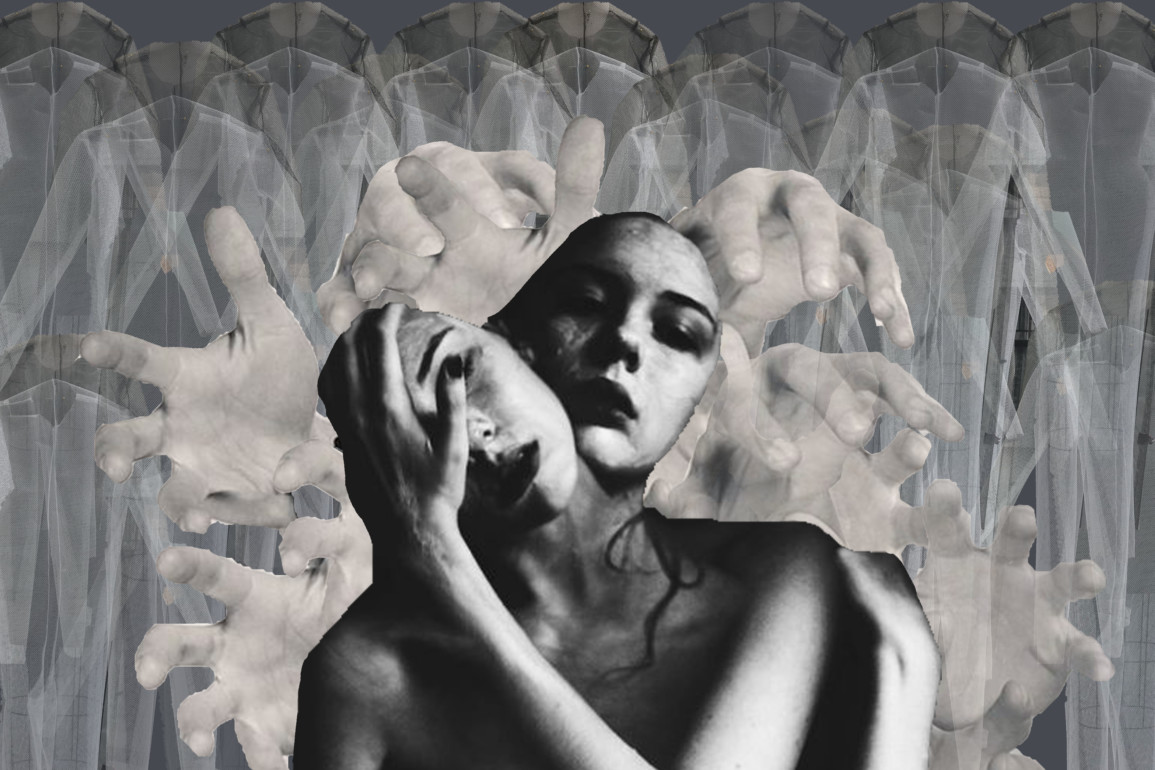 Where Is My Mind?

“In the past, the rich held authority [over] their slaves,” begins BFA fashion designer Hope Chen. “When they died, the slaves were forced to die with them. I want to honor those innocent souls.”

It is not easy, taking a deep dive into the disturbed and concealed part of one’s history, but it is something Chen felt she needed to do. It was during this process, however, that things took a turn and she realized she sees the same enslaved, damaged souls in our post-modern society today. Walking around, she saw that everyone wears the same blank face, which led her to wonder how many of us are broken on the inside.

Chen’s senior thesis collection examines that bleak reality, and dives into our sense of self. It is a sentiment that resonates with the rest of the world, especially the younger generation. Whether it’s societal or self-inflicted pressure, we are still governed by a central power, and we feel limited freedoms because of self-deprecating thoughts, socially accepted standards and its unattainable portrayal of happiness.

It was this feeling that prompted the introduction of turtlenecks, layered in almost every look, allowing barely any space to breathe. The tones she chooses are muted, somber, with flaxen yellows, smoke and charcoal grays. “It’s about that pressure young people get from their parents [or any authoritative figures],” Chen continues. “They constantly have to be at 100% and [that’s exhausting].”

In this collection, Chen chooses to break the conventional ideas of wearability, approaching it like a storyteller. A human-sized, ghost-like figurine, which she describes as “the soul,” is attached to each look. Collared blazers and trousers, pinstripe and plaid, are tailored to fit the form, as if to hint at the suffocating conformist structure. The intricate choice of chunky wool layers and a structured shoulder silhouette only add to this deep-seated narrative.

The women striding down the catwalk carry blank faces, but behind each lies a secret. It is something we are not supposed to bear witness to but it’s there, staring, eyeless and faceless. The mood is sinister, yet beautiful. It appears calm, but there is a storm brewing.