Were you ready for the LovEvolution?

The hair, the makeup, the clothes (or lack thereof), it could only be that special time of year again. 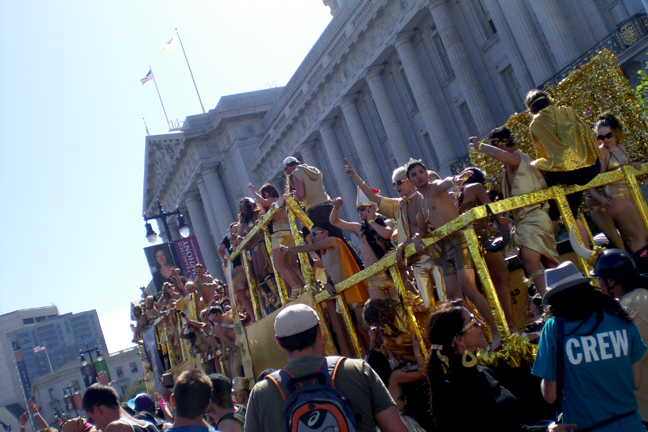 San Francisco has a lot of those special times and on Saturday, LovEvolution picked up where the leather-clad Folsom Street Fair left off. The parade formerly known as Lovefest took place after a week full of love themed parties throughout the city. 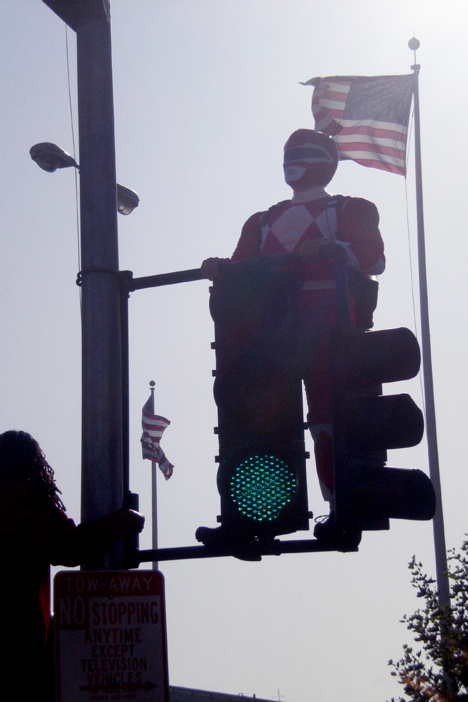 This “love parade” and massive outdoor rave brought masses of people, and it was a seriously fun – and fashionable. Numerous girls wore their tulle skirts and tiny tops as guys worked the underwear and nude scene. And if they weren’t nude or in tulle, they were wearing something from American Apparel. 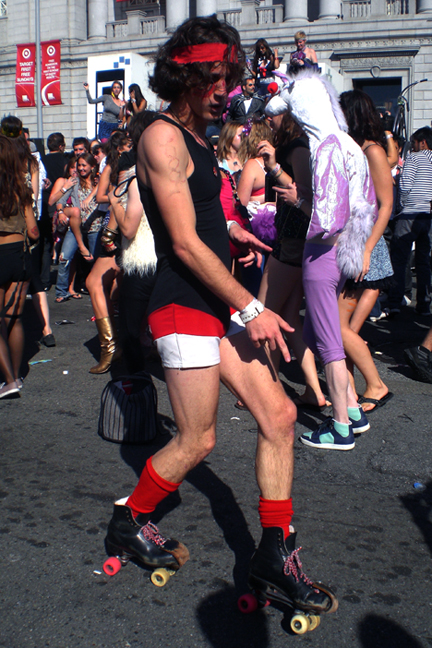 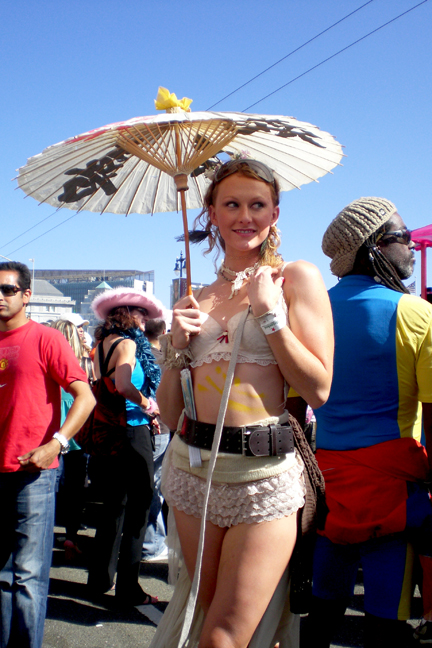 The personal touches truly came from the normally handmade elastic bracelets (commonly known as “candy”) that attendees had on their wrists up their elbows. 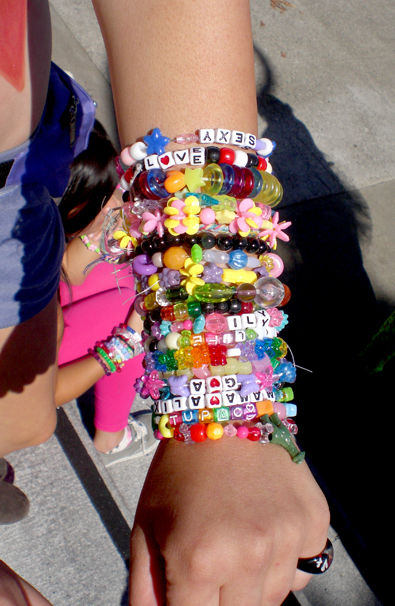 The party went until around 8 p.m., leaving those who had the energy to head to other after parties while those who were less animated dragged themselves through the city looking like they were the extras in Zombieland.