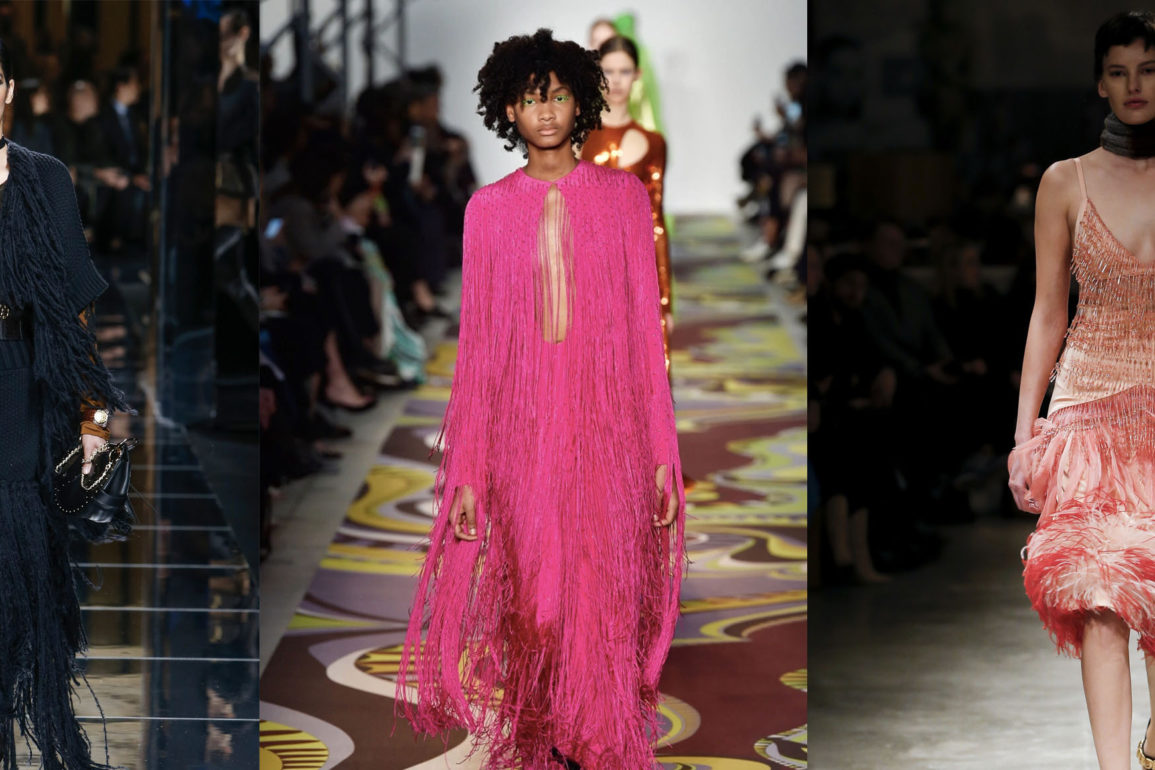 School of Fashion March 24, 2017
With another Fashion Week season (capital F, capital W) behind us, editors and stylists are pouring over the images and notes from hundreds of shows in New York, London, Paris and Milan to determine what designer ideas make the cut to become the next big Trend (capital T). Nivetha Sundar (MA Fashion Journalism) reports on five creative threads connecting these fashion capitals.

To protest political discord, designers have created an environment supportive of women’s rights and other social issues. During NYFW, Christian Siriano, Jonathan Simkhai and Prabal Gurung showcased garments emblazoned with political messages. London promptly followed suit with Ashish Gupta defending equality in glitter mayhem. Designer Bora Aksu, on the other hand, chose subtlety by channeling the 20th century Suffragettes in Britain. When it came to Paris and Milan, both cities chose hats as symbols. Dior models wore black leather berets (a nod to the Black Panther Party) and Missoni featured pink cat-eared beanies made famous during the recent Women’s March on Washington, D.C. Speak your mind, wear your mind!

Designers went above and beyond for all things oversize from overall silhouettes to fragments. Apart from the cinched waists, Prabal Gurung showed chunky knits with straight bodices and fluffy sleeves. London took a more traditional approach to broad features with Mulberry’s Thatcherite Collection, as per Vogue UK. In Paris, Isabel Marant showcased her ‘80s style suits complete with big belt buckles and shoulder pads. The wide-legged pants looked like they could have been the most comfortable thing to wear on the planet! In Milan, Anteprima added striped overcoats and black puffer jackets to the oversize line up.

This is a case of high style “hanging by a thread”! Fringes made a global comeback in all the flapper-esque glory. New York was fired up by the party pieces from Michael Kors, Marchesa and Erin Fetherston, who offered confidence and seduction with their cascading silk fringes brushing the legs of models as they strutted on the catwalk. London took fringes for an unusual spin as House of Holland featured Southern themed looks that resembled a cross between “Hoedown and Rodeo”, as Elle UK suggested. In Paris, Balmain once again lived up to the animalistic, raw energy of its recent collections. Prada and Emilio Pucci took a vibrant turn in Milan with bright neon colors in contrasting combinations.

Metallic sheen was all the rage this season with designers everywhere going strong for silver. In New York, Proenza Schouler had shiny fabrics sprinkled throughout the collection whereas Leanne Marshall took to satin with bellowing gowns in luxurious silver. London-based designer Osman sent his models down the runway in knee high silver stilettos and sequined madness skirts. Milan channeled ‘80s power dressing silhouettes with an intergalactic vibe in AnnaKiki’s show. Style Cartel noted that models dressed in silver bodysuits represented a cinematic mashup of Blade Runner and The Hunger Games. Paris turned silver in outerwear with Chanel and Off-White embracing the color fit for the most stylish of winters. Silver is the new gold.