The World According to Harry: The Fall 2010 Campaign Trail 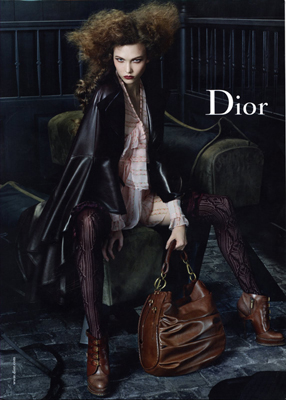 John Galliano put Karlie Kloss (again) on Dior’s campaign. Good for Karlie! She will soon be “that Dior girl” and “Galliano’s muse.” The concept of this ad is pretty much mimicking the runway concept. I like this ad. The messy hair works well with Karlie’s vicious stare — but what’s with her right hand? 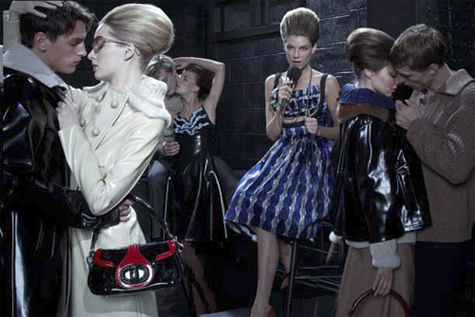 Prada cast Miranda Kerr, Angela Lindvall, Daria Strokous, and Sigrid Agren. I thought Miranda would be the one most exploited but Angela stole the show. I like the ’60s sculpted hair, which was shown on the runway show as well. Somehow it reminds me of Prada Spring 2009 campaign. 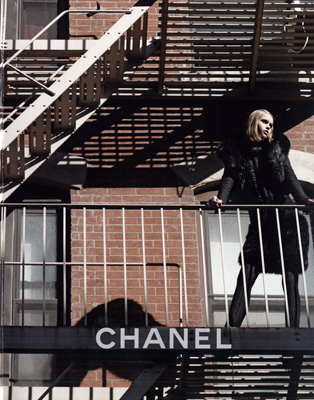 The girl above is Abbey Lee Kershaw. It might hard to tell but she has been one of Karl’s favorites (together with Freja Beha Erichsen and the boytoy, Baptiste Giabiconi.) The campaign featured both Freja and Abbey Lee and was shot in Lower East Side, NYC. Someone took a lot of behind-the-scene pictures, which were quite delightful to see. I just wish we could see more of the clothes. 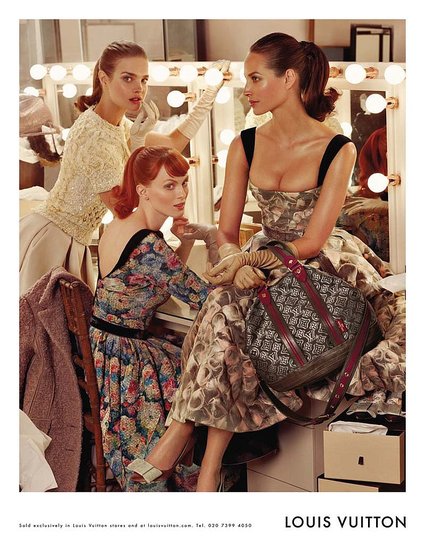 Marc Jacobs selected Christy Turlington, Natalia Vodianova, and Karen Elson for Louis Vuitton’s campaign. None of these models actually walked in the show. Anything with Christy will definitely be my favorite. (Did you know she is a Bay Area native?) I also like the dynamics of a redhead, brunette and a (dark) blonde. The images are soft and pretty with a touch of Prada-esque in them. I have a feeling Christy had trouble breathing in that dress.

My favorite is Chanel — I always prefer an outdoor shoot to a studio setting. What do you think of them?