The World According to Harry: Remembering Fall 2010 Fashion Week

Now that Fall 2010 shows are over, I’ll recap some of the interesting trends that were seen on the runways. 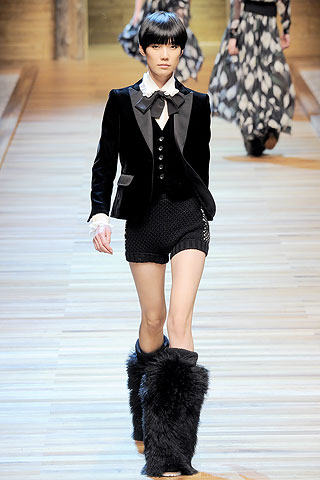 Feral footwear: Even though it’s been nearly two and a half years, it seems that the runways kept Flo Rida’s song, ”Low” relevant. “Boots with the fur” stomped down the Karl Lagerfeld, Alber Elbaz as well as Dolce and Gabbana runways. 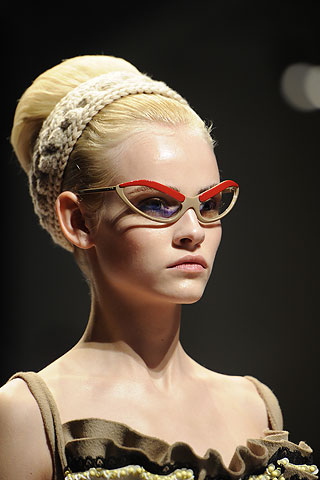 Snazzy specs: I always am a big fan of glasses. The idea of putting on contact lenses scares me. Thankfully Marc Jacobs and Miuccia Prada included spectacles in their Fall 2010 collection. That means it’s hot to wear glasses. 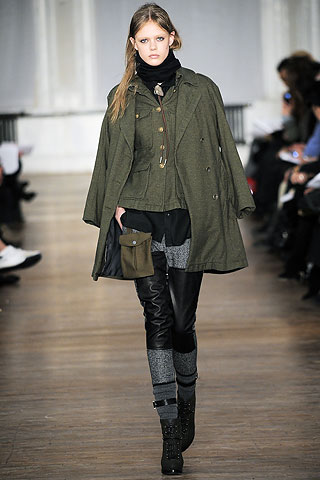 Going Green: Lots of green hues were seen on the Fall 2010 shows – a military moss green, to be exact. 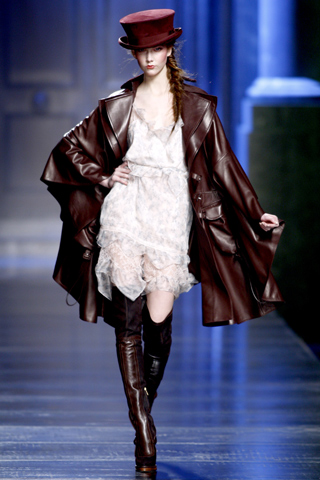 The biggest shocker was Jacquelyn, who was born in New Jersey. She walked 74 shows including DKNY– which she opened and closed.

As for Lindsey (Wichita, Kansas native), she’s Miuccia’s favorite. That definitely guarantees her a great future in the modeling industry. Apparently she didn’t walk as many shows (only 22) as Jacquelyn because her agent wants to keep her look fresh. However, she appeared in major shows like Prada, Miu Miu, Versace, among others. Philip (of DIY Time With Philip) mentioned that she looks a lot like the Bride of Chuckie doll with the cheeks and the bee stung tiny lips. 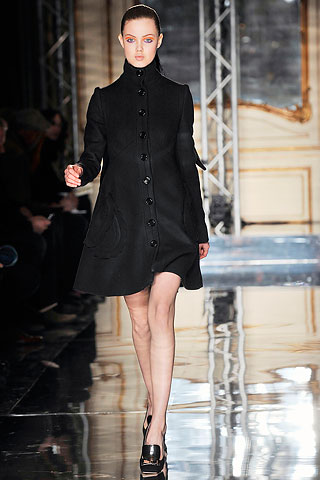 Any other trends that caught your eyes?