Opening Ceremony Pops Up in London 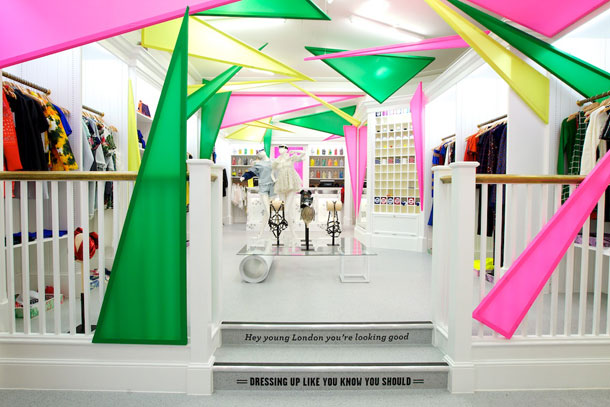 London is where it’s at this summer, as they host the 2012 Summer Olympics. And not one to be tardy for the party, Opening Ceremony just opened their London Pop-Up Shop! Though they have plans to move into a permanent space this fall, the retailer did not want to miss out on the all of the Olympics hoopla, and has set up temporarily in Covent Garden.

In celebration of their opening, OC founders Humberto Leon and Carol Lim (former guests at the School of Fashion), have rounded up some of their favorite collaborators to design limited-edition items. Chloë Sevigny is reprising some of her greatest hits from past collections for the brand, while a host of other designers including Band of Outsiders, House of Holland, and Proenza Schouler have whipped up special Olympics-themed offerings exclusive to the store.

NY Mag’s The Cut got an exclusive first look at the store, which you can peek at below. Now if only we could hop on a flight to London ASAP – any one have a jet?