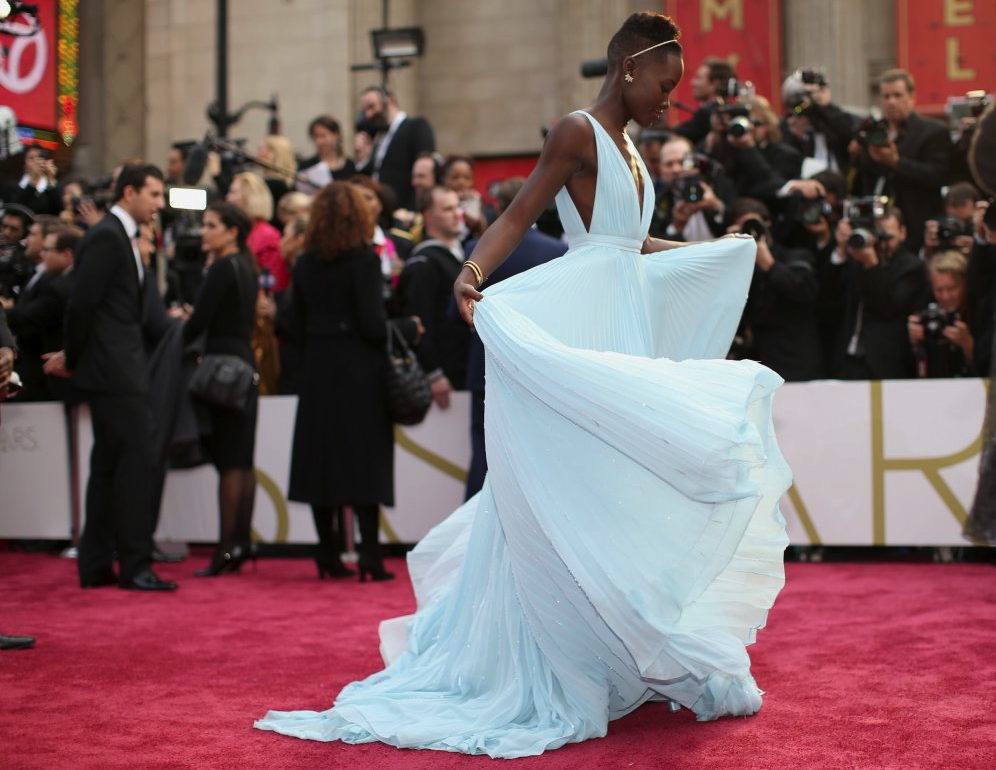 Happy Monday, all! We are still soaking up all of the fashion we saw last night on the infamous Oscars Red Carpet. Our best dressed pick from last night, Lupita Nyong’o, stunned in an angelic light blue Prada gown and added a touch of sparkle with a Fred Leighton gold and diamond headband. She spoke to Ryan Seacrest about her Oscar night gown: “This was made for me…It’s a blue that reminds me of Nairobi, so I wanted to have a little bit of home.” Lupita’s Oscars debut was well received both on the red carpet and within The Academy. She took home the coveted “little gold man” for Best Actress in a Supporting Role for her moving performance in Twelve Years a Slave. We are sure that Lupita will grace the “best dressed” list of every fashion critic this Oscars season and we look forward to her future movie roles…and awards dresses!

Image courtesy of The National.com