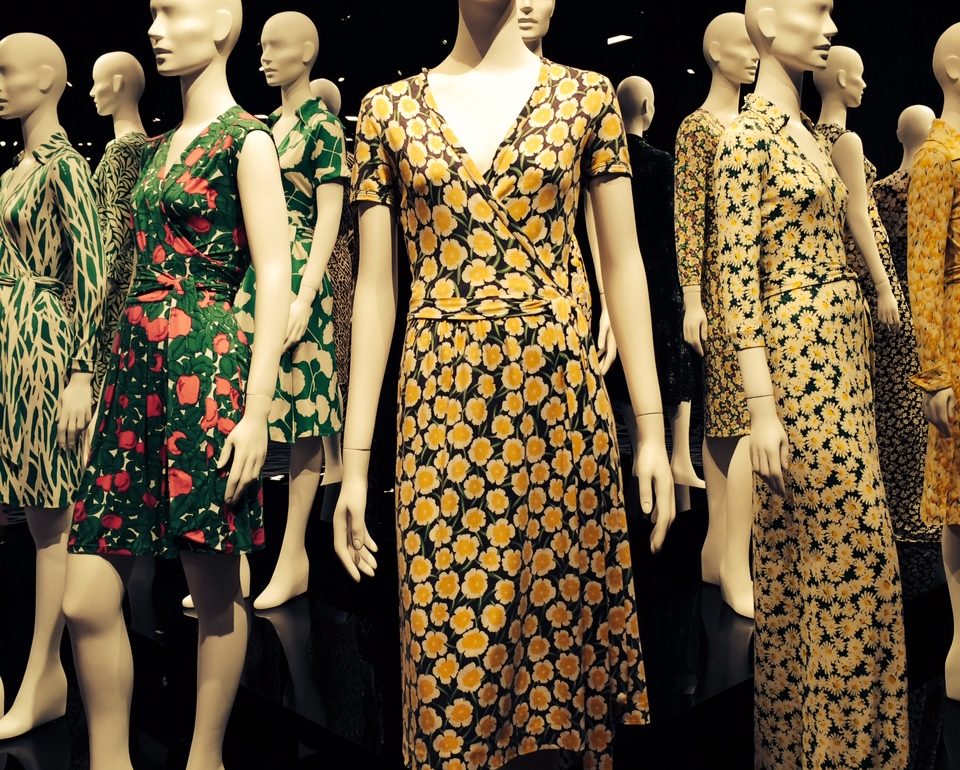 It’s a Wrap: DVF presents “Journey Of A Dress”

That is the message from the 67-year-old designer Diane Von Furstenberg (DVF), who introduced the iconic silk jersey wrap dress in 1974 which quickly became the symbol of a generation. Iman, Rene Russo, Jerry Hall and Cybill Shepherd wore them in the `70s. Michelle Obama and Madonna wore them more recently. In the new movie  “American Hustle” Amy Adams is seen in a DVF wrap dress.

To mark the 40th anniversary of the dress, DVF—who is also President of the CFDA—presents “Journey of a Dress.” The exhibition features a retrospective of vintage and current DVF designs, and runs from January 11th to April 1st at the Wilshire May Company Building adjacent to LACMA in Los Angeles.

The bold textile patterns and pop art color palettes for which DVF is known cover the exhibition space, along with a snakeskin-patterned floor and geometric walls. In addition to over 300 dresses, the exhibition also features iconic portraits of DVF by Andy Warhol, Chuck Close, Helmut Newton and Annie Lebovitz. 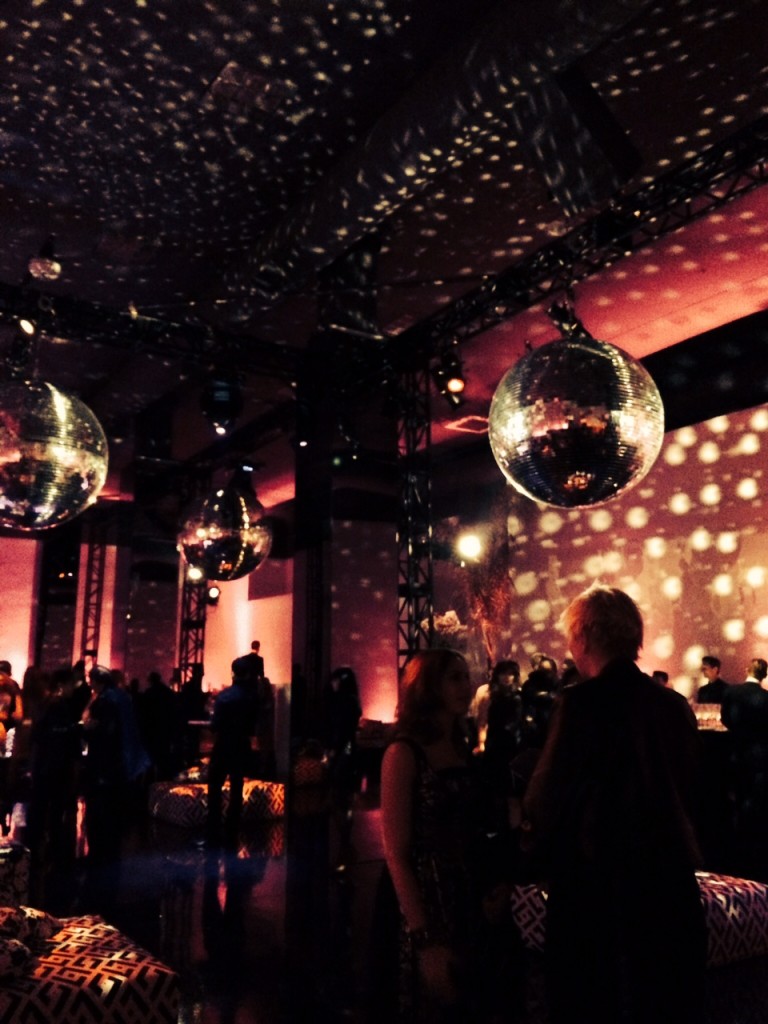 Moscow, Beijing and Sao Paolo have already hosted similar versions of the DVF exhibition. Could the next stop be San Francisco? For now it is under wraps.