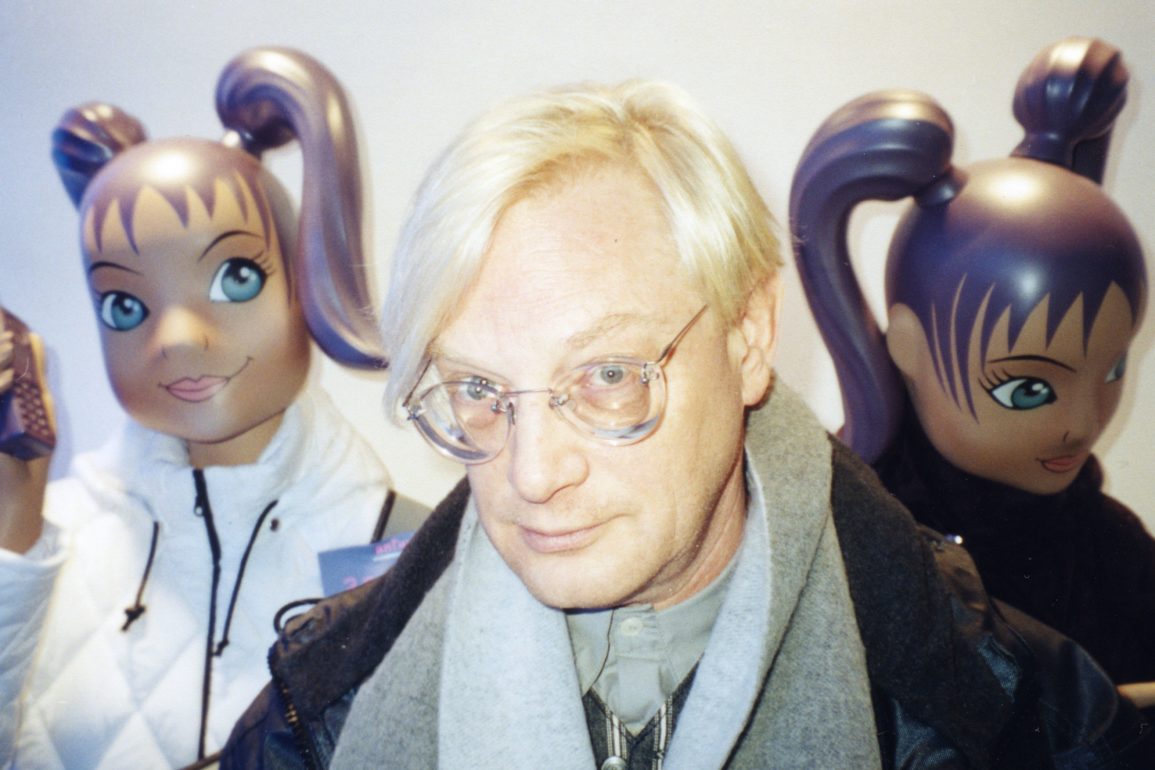 Keanan Duffty talks to Ted Polhemus, an American anthropologist, writer, and photographer who lives and works on England’s south coast. Polhemus’ work focuses on fashion and anti-fashion, trend and identity and the sociology of style and of the body – his objective is to explore the social and communicative importance of personal expression in style.

He has written or edited more than a dozen books, and has taken many of the photographs that appear in them. He was the creator and curator of an exhibition, called ‘StreetStyle’, at the Victoria & Albert Museum in London. One of his most popular books is ‘Streetstyle’ : From Sidewalk to Catwalk” (Thames & Hudson 1994), which he originally wrote as the book for the exhibition.

Recently, Ted Polhemus wrote an updated version of ‘Streetstyle’, which PYMCA published in 2010. Currently he is working on a book that illustrates the on-going social and cultural impact of the baby boom generation called ‘BOOM!’ as well as researching a long-planned work on the cultural basis and complexity of human sexual attraction.

Keanan Duffty: What advise would you give to students who are looking for a career is trend research?

Ted Polhemus: Once upon a time there was one key trend (Dior’s New Look in 1947, Mary Quant’s mini in 1964) and pretty much everyone followed it. The same was true in, for example, kitchen or car design. The trend researcher’s job was simple but precarious. Of course in, say, the 50s there were subcultures, which ignored the mainstream trend and went off in their own direction. But who cared? Now we live in an age of unprecedented choice. So the trend researcher’s task is to ignore a futile search for the look and instead celebrate the extraordinary variety of looks and styles on offer. Even more complicated, everything today is in the mix (how different styles and looks are put together in one presentation of self or one living room). Complicated, but exciting.

The other complication today is that generations of journalists, photographers and cool hunters (how could anyone even remotely cool call themselves a ‘cool hunters’) have exhausted the traditional trend hotspots. And so many cities like London and NY are just too expensive creatively innovative: how could a young penniless artist find a studio to work in in today’s London? Where could today’s equivalent of, say, The Ramones find somewhere cheap to practice in today’s NYC? No, today’s trend researcher needs to keep an eye on what’s going on in all the world’s seemingly unhip cities. Thankfully, there is this thing called the Internet. When people ask me ‘What’s the next BIG THING’? I say the next BIG THING is that never ever again will there be a single NEXT BIG THING.

KD: Is fashion being replaced by style?

TP: If fashion is a time machine in which a single ‘New Look’ or ‘direction’ is perpetually replaced with a yet newer ‘New Look’ and single ‘direction’ (as, for example, happened with Dior’s New Look in 1947 or the mini in the mid 60s) then, yes, fashion has gone the way of the dodo. But don’t panic: today’s style offers the greatest possibility of personal expression our species has ever known. For most of our history the tribe prescribed what you should look like and then for some 500 years fashion dictated what was ‘In’ and what was ‘Out’. My book Fashion & Anti-fashion is all about the difference between fashion and style – a new, updated, 21st century edition is out now from lulu.com and amazon.com.

KD: Why have brands become so important?

TP: Phew – this really bowls me over, this brand thing. In my Hippy or Punk days the last thing we wanted was to go around with some big logo on our persons. But walk down the street today and this is what you see. I was particularly amazed by the Hollister thing. Hollister California was invaded by a bunch of crazed Bikers in 1947 and this became the inspiration for the film The Wild One. So when I started to see all these kids in ‘Hollister’ t-shirts I figured they were hip to the film. Sadly not. What is clear, however, is that brands can carry a hefty semiological punch – information, stuff which, by wearing the brand I can incorporate into my own personal statement. Brands are like icebergs – there is just the small bit (the logo) above the water line but then there is this huge conceptual structure beneath. The success of brands today shows just how much people are hungry for visual signifiers, which say ‘I’m this kind of person’.

KD: Is the concept of branding actually stifling the creativity of brand development?

TP: Hard to see how a successful brand can avoid tripping itself up in time. How can you be cutting edge and mainstream successful at the same time? And of course no brand can keep off-message people from wearing its products. Wasn’t that Jersey Shore/Abercrombie & Fitch thing amusing? A brand can develop just fine if it is honest and not pretending to be something it’s not. Fire the brand consultants (well, Ok, not me) and just get on with it.

KD:  Due to the explosion of online information do you feel it is still possible for a street style trend to actually develop before it is over exposed?

TP: When my ‘Streetstyle’ exhibition opened at the Victoria & Albert Museum in London in 1994 one review wrote ‘You know when something is finished when they put it into an exhibition’. Too true. And this was before the real impact of the Internet (hard to believe kids but true). We just became too keyed up on looking at what was going on. Like in those physics experiments when the mere act of looking changes the quantum particles. And when the ‘cool hunters’ showed up you just knew that the truly cool was an endangered species. But we’re talking London, Tokyo and NY – places that were cool hunted to death long ago. ‘Streetstyle’ is alive and well in places like Buenos Aires, Mexico, Columbia – indeed anywhere unexpected.