In Honor of Victor Setterlind 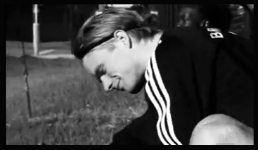 We are saddened by the news that Victor Setterlind passed away in August. Victor was a student in the School of Fashion, as well as a member of the Academy of Art University’s men’s soccer team.

“His passion and enthusiasm were infectious”, merchandising instructor Gabriel Gima remembers. “In his presence and determination for success, he consistently demonstrated kindness and encouragement to his classmates. He will be missed.”

“In the world of athletics, we see its stars and participants as ‘heroes’ for reaching amazing goals or achieving great heights. For many of us, these young men and women represent undeniable strength, character and, of course, courage. When we find that they are not indestructible or infallible, our hearts are faced with a harsh reality that gnaws at the very sense of what is ‘fair.’ It is not fair that the Academy of Art University Athletic program lost a second student-athlete this summer to tragedy. It is reality that our men’s soccer team is down a warrior in Victor Setterlind, who ended his short battle to cancer. Though he was young, handsome and incredibly gifted in the game of soccer, it was his dream of becoming a fashion designer that truly vanishes. Men’s soccer will honor Victor this season by wearing black arm bands in every game and, in every achievement, represent him as an artist.”

Read more at the Academy of Art University’s Athletics Page.