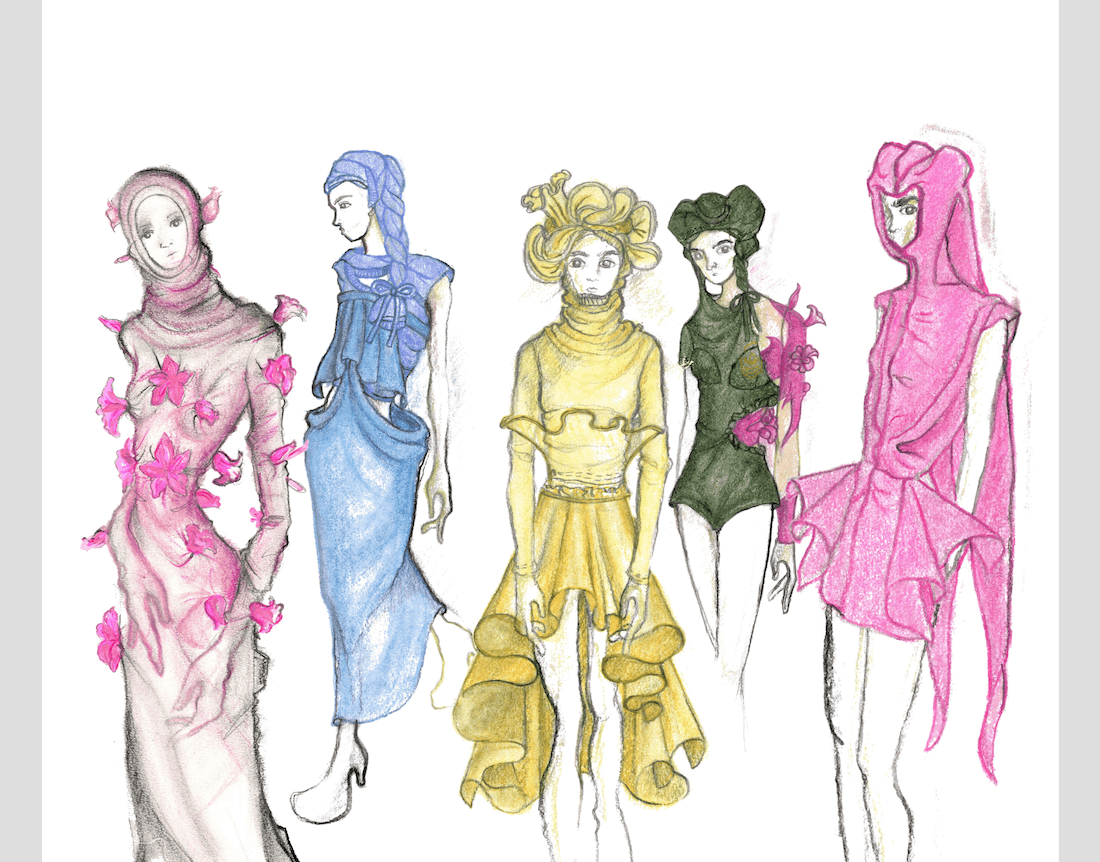 Growing up in Bangkok, Supawish Boonprasart would pass the same piece of abandoned land every day on his way to school. Lush, green and untouched, it was a place for locals to fish and harvest edible plants at no cost. Boonprasart vowed to buy it when he graduated, to ensure that it stayed that way and to preserve its biodiversity. He received an unfortunate phone call from his mother that he describes as “a little heartbreaking” as the call informed him that the land had been sold and was under construction, set to be turned into commercialized buildings. Boonprasart’s collection is a tribute to that land, acting as a medium to bid it farewell and also to question the consequences of globalization and his country’s social issues.

The colors of Boonprasart’s garments mirror those of the garden; mossy greens and deep blues for the greenery and lake, and bright yellows and pinks for the flowers. He notes a concern that the bright colors he used are at risk of misleading viewers, causing them to perceive the collection as happy and hopeful and miss the darker message he wishes to convey: that globalization is destroying our planet.

Many of his looks feature jersey wrapped around the head and face, a nod towards developing countries’ lack of safety standards for workers. It stems from his secondary inspiration, a photograph by Ralf Tooten, which depicts a construction worker using a scarf wrapped his face in lieu of a protective mask. Many developing countries like Thailand do not mandate, nor do they provide protective materials like helmets, face masks and reflective jackets to construction workers. Boonprasart is using his collection to draw attention to this lack of precaution in the developing world, and by extension, their human rights issues, environmental problems, and inequalities.

According to Boonprasart, his collection is all about irony and contrasts; happy versus sad; simple materials like jersey and t-shirt versus intricate construction techniques; flowy versus structured silhouettes; the developed versus the developing world; and the questioning of society versus acceptance and moving on.