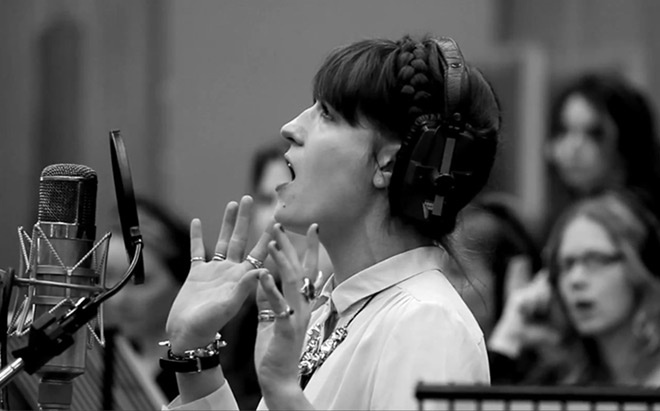 Florence + The Machine performs the lead song, Breath of Life, for the new feature film Snow White and the Huntsman – and they’ve just released the official music video. Florence Welch’s powerful voice is a perfect match for the dark, epic film. She is accompanied by a large orchestra and 60-person choir and recorded the song at the historic Abbey Road Studios. Black-and-white footage form the recording session is intercut with clips from the film, creating a beautiful, haunting effect.