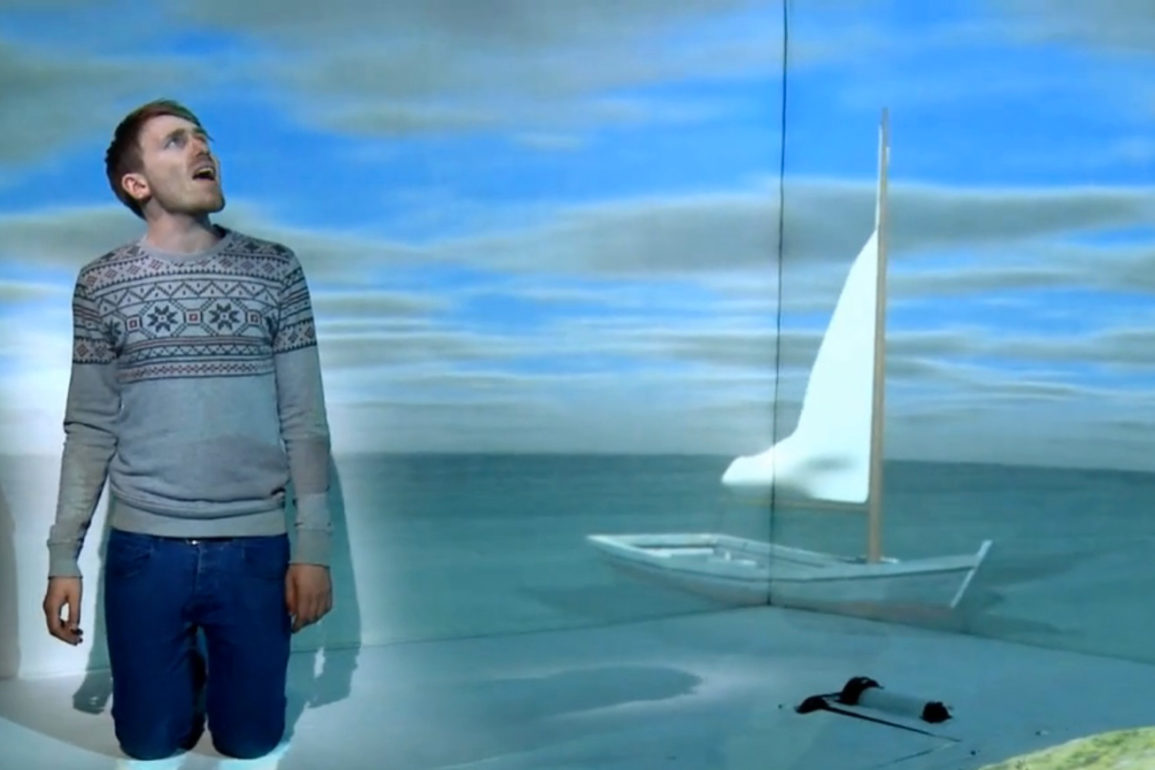 Each season has its star garments one couldn’t imagine getting through without. Beloved for its warmth and stylistic versatility, a sweater plays an important wintertime role in our lives. Fashion School Daily selected five music videos starring… sweaters. Let us know which is your favorite!

This talented British singer broke hearts with a heartfelt ballad of loss and longing. However, his prominently featured impeccable mustard-yellow sweater offered comfort and support to some 41.5 million viewers. One of them must’ve been Madonna who chose Labrinth to perform at her lifetime achievement award ceremony during the Billboard’s 2016 Women in Music gala.

An off-white cozy sweater steals the show in this fun video for the hit single from the Canadian breakout indie pop rocker Scott Helman. Half a million viewers have already enjoyed this short action thriller as it follows the life cycle of a garment through a series of (un)fortunate events involving a laundromat, a jukebox, a windshield, and a second-hand shop rack.

Willow is a Belgian band known for their inventive music videos. A returned sweater is a poignant gesture signaling closure between former lovers and a narrative premise for this song. At just over one hundred thousand views, this is a highly underappreciated creative effort given that it’s shot entirely on animated 3D projections! Time to give Willow’s Sweater some due attention.

Azealia Banks first amassed a devout following on MySpace. When her debut single 212 was released in the UK in 2011, it sparked one of the year’s top search engine queries: “girl in Mickey Mouse jumper”. (A jumper is a sweater in British English.) Now, 127.5 million views later, her biggest video hit doubles as a tribute to the power of a sweater to make a memorable statement!

While the titular garment is lacking representation in this music video, upstaged by rolled T-shirts and biker jackets, the quintessentially Californian sentiment resonates loud and clear with each of its 156.5 million views: no winter is too cold for love!