London Fashion Week has already come to an end – the five-day event flew by. Book ended by Marc Jacobs taking the final slot in New York and Gucci opening in Milan, LFW had a very small to window to strut their stuff (much to the chagrin of some London designers!).

Tribal touches appeared at Burberry in the form of raffia detailing and patterned knits, and at Matthew Williamson on sweaters and printed separates, even taking a neon approach at Sass & Bide. Prints of all sorts will again be everywhere for Spring, from florals to graphics, plaids and stripes (some of my favorites at Peter Pilotto!). There were even sharks swimming across dresses at Issa.

Color was the story at nearly every show, many going for sherbert hues like those seen at Mulberry as well as the electric brights, seen at Roksanda Ilicinic amongothers, that have been popular the last few seasons. Oranges, yellows, and blues were everywhere.

Lace and sheer fabrics were also ubiquitous, appearing at Temperley, Giles Deacon, Julien Macdonald, Jonathan Saunders – and the list goes on. For the most part, hems were ladylike, many hitting just at the knee or all the way to the floor – though the pencil skirts seen at Burberry added some real sex-appeal to the generally demure length.

One designer who kept it young and fresh with shorter hemlines was Christopher Kane, who created separates that put a British spin on the sportswear trend seen at Alexander Wang (among others) in New York. The design of his playsuits was elevated by the attention to detail in cut and form that was apparent throughout the collection. Now its off to Milan for more sartorial splendor! 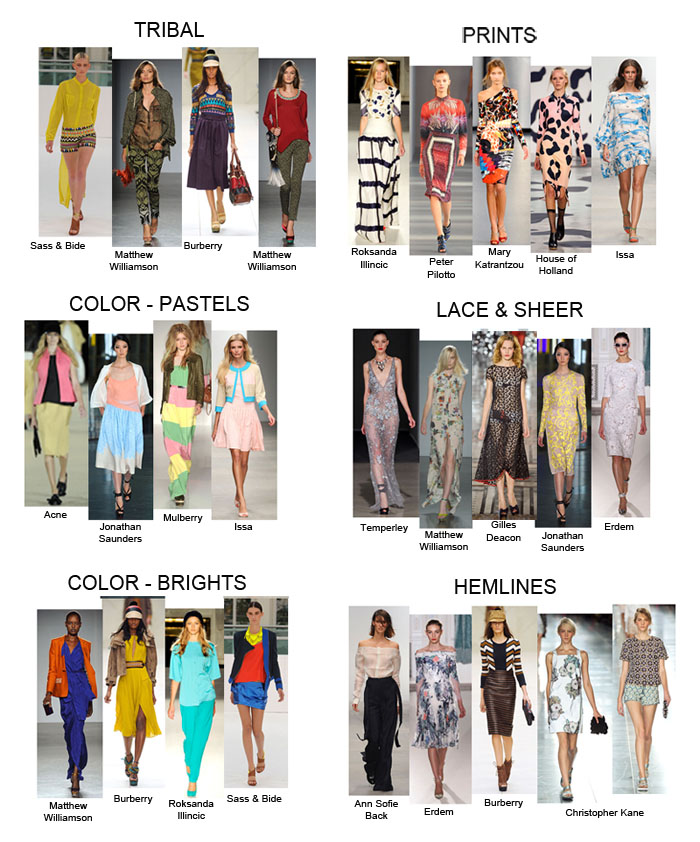