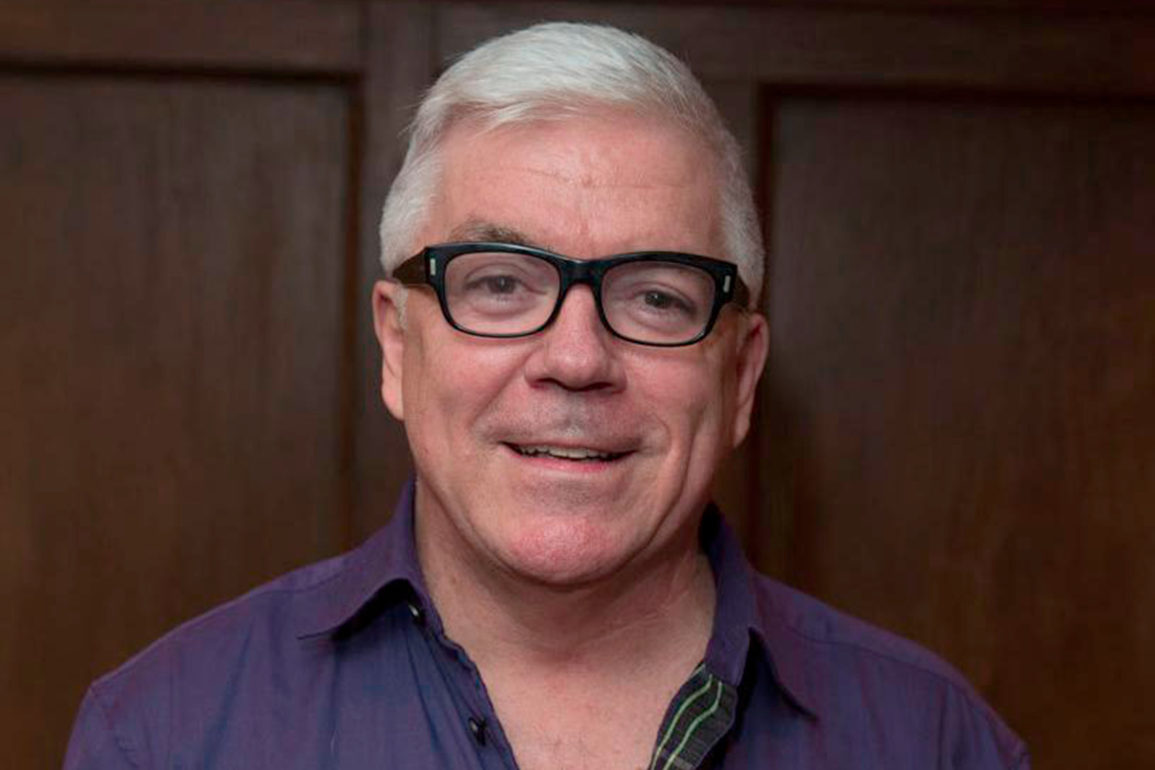 The right honorable Tim Blanks has always been a lord of fashion. But now he can add a new accolade to his long list of credits: He was awarded an Honorary Doctorate Degree of Humane Letters from Academy of Art University President Dr. Elisa Stephens at the Academy’s Graduate Commencement Ceremony on Thursday, May 26.

President Stephens said she was “profoundly moved by his devotion to the art of fashion and design.”

“Tim Blanks has been a leader in the world of fashion journalism for as long as I can remember,” said Simon Ungless, Executive Director of the School of Fashion. “His work was always a must-read, and his pioneering show, Fashion File, was the first television series to put fashion on the map,” Ungless added. “Blanks’ wit, deep understanding of the fashion scene, and openness to new ideas make him a role model for anyone trying to make a mark, or intelligently understand the fashion scene. We are honored that he has agreed to visit the University to be awarded this degree – and we hope to see more of him in the future!”

Blanks, one of the most prominent global voices in fashion, has been the editor-at-large for The Business of Fashion since August 2015, moving there after a long stint as editor-at-large and chief show reporter for Style.com. And his Fashion File  “Masters of Styles” interviews with the likes of Alexander McQueen, John Galliano and Valentino were considered groundbreaking. And he is widely credited with coming up with the concept of “Throwback Thursdays’’ before it became part of the common fashion parlance.

Born in New Zealand, Blanks diverse and eclectic influences include everything from the late, great David Bowie to the television show “Buffy The Vampire Slayer.’’

Besides Style.com and Business of Fashion, Blanks has written for Vogue, GQ, The Financial Times, and Interview magazine, among many other publications. In 2013, he was awarded the CFDA Media Award, fashion journalism’s top prize, in honor of groundbreaking fashion reporter Eugenia Sheppard. Recently, he has been shuttling back and forth to Southern California in conjunction with the Los Angeles County Museum of Art’s “Reigning Men: Fashion in Menswear 1715-2015,’’ for which he contributed an essay in the exhibition’s catalogue. And current projects include collaborations with designer Anna Sui and hairdresser Sam McKnight on their upcoming books.

Throughout it all, he has maintained his sharp wit, lack of pretension and smart, engaging writing, while making the leap from print to the current hybrid digital world with room to spare.

But to hear him tell it, his professional rise has been a fortuitous “accident.’’ He told the graduates he started out studying animation but was laid off before he had the chance to make a career working on “Strawberry Shortcake.’’

The only publication that was willing to hire him was a fashion magazine, he recalled, and when the editor of the publication left, he was the last man standing who could assume the role, although he also had a go at freelancing about everything from golf matches to Prince’s “Purple Rain’’ concert in Detroit.

After pitching the Fashion File idea to the CBC, he was startled to see that the broadcasters felt they “had an obligation’’ to offer the show to every fashion magazine in Canada even though it was my idea.’’ But again, they ultimately decided to stick with Blanks’ original concept.

He said he’s been asked if he ever gets bored covering fashion, but dismissed the concept as one for “dullards,’’ adding that he’s been “brought to tears by witnessing the collections of great artists like Alexander McQueen, John Galliano and Rei Kawakubo.”

“Everyone else does all the hard work – I just have to write about it,’’ Blanks said, citing his admiration for fashion’s “primal connectivity’’ with an ever-growing audience, powered by the work of trailblazing designers, the rise of the supermodels and the current Internet craze.

He traced connections between fashion and other art forms. “Filmmakers say they were inspired by the movies of the 70’s,’’ he said. “I feel the same way about fashion in the 90’s…You can see the connection between Entertainers like Steven Spielberg and Gianni Versace…or {between} Tom Ford and Brian DePalma’s twisted eroticism”

And he had some modest advice for the newest crop of graduates. “When people ask, ‘How did you get to be you, I tell them, ‘Say yes to everything.’