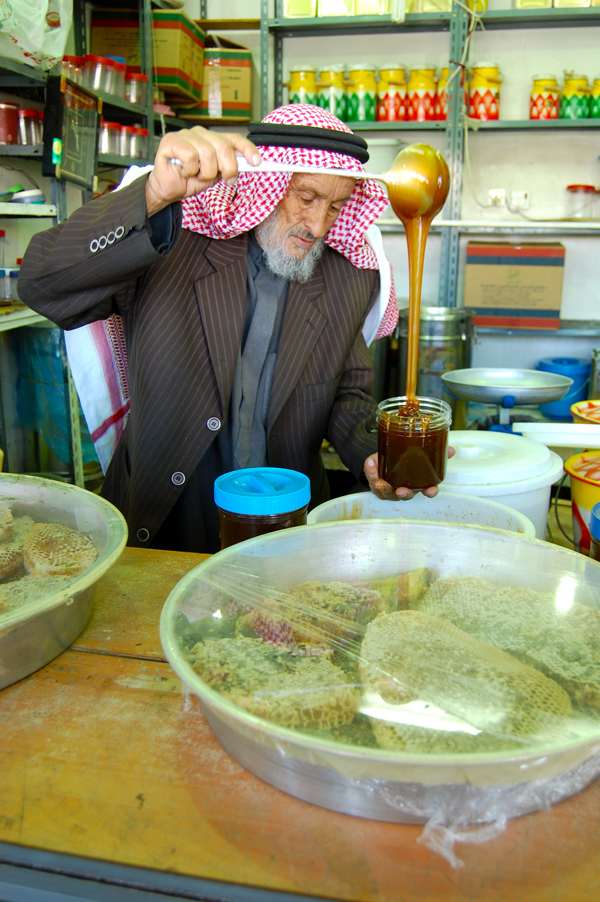 One of the more unexpected offerings at the market – honey.

The final stop on our trip for the Harvey Nichols Design Project was a visit to Aseer, a small region in the Southwest known for its artists and craftsman. After an early morning flight from Riyadh, we first headed to a souk called the Tuesday Market. The name signifies the day of the week that the market is busiest and, though it wasn’t a Tuesday, there was still plenty to see and shop. As the region is known for its artisans, it was interesting to see the various wares stocked at each of the stands – tons of baskets and wovens, abayas and caftans in local fabrics, and one unexpected item: honey. Lots of it. You could buy honey in jars, large tins, and in its original form, honeycomb. Follow the jump to read more! 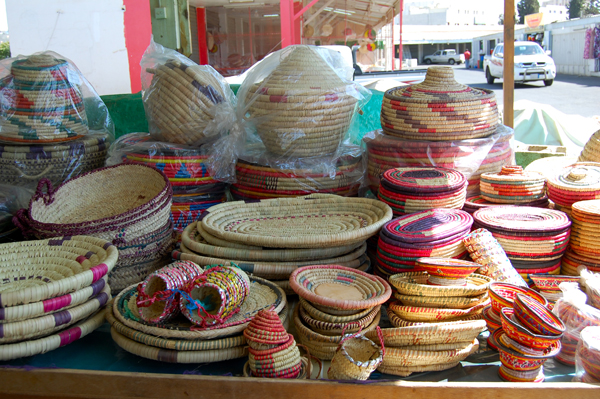 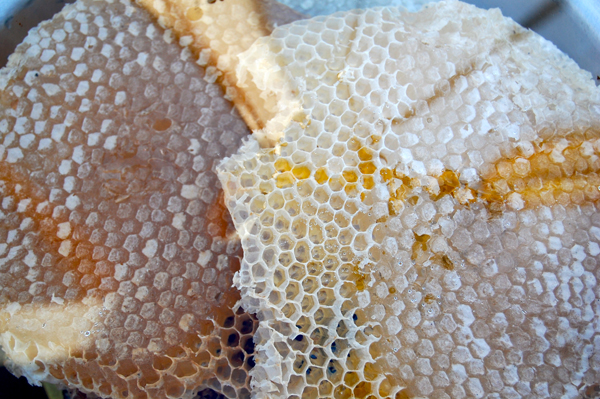 After emptying our pockets and filling our bags at the market, we paid a visit to the Al-Soda National Park, which boasts the highest vantage point in the region. We learned a bit more about Aseer and the tribes that had inhabited it for centuries, who depended largely on agriculture to survive. At the top of the peak, we could look out onto the nearby capitol of Abha and the mountains and valleys surrounding it. 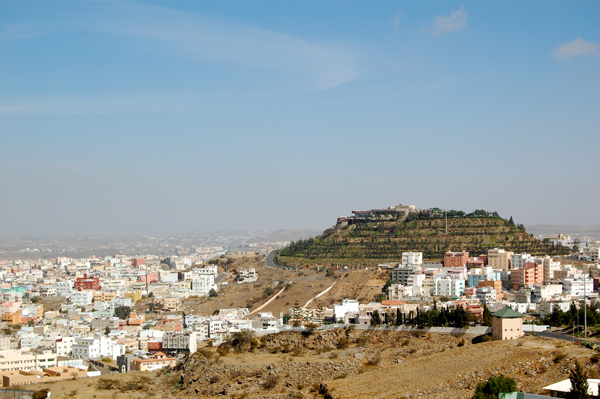 Looking out over Abha. 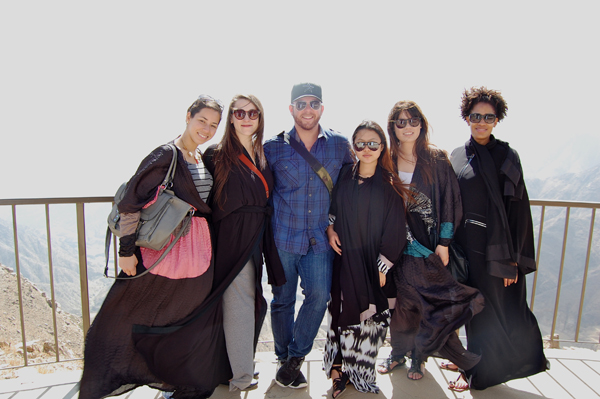 We then headed to a small village called Rijal Al-Maa. The stone buildings from generations past have been returned to their former glory over the last three decades, even earning the prize for Urban Heritage in 2006. We toured through many of the restored dwellings, decorated with bright colors and patterns that the region is known for. The restoration was spearheaded by a local man who has overseen the project since its inception, and he was kind enough to invite us to his home for tea as he expanded on the history of the town. 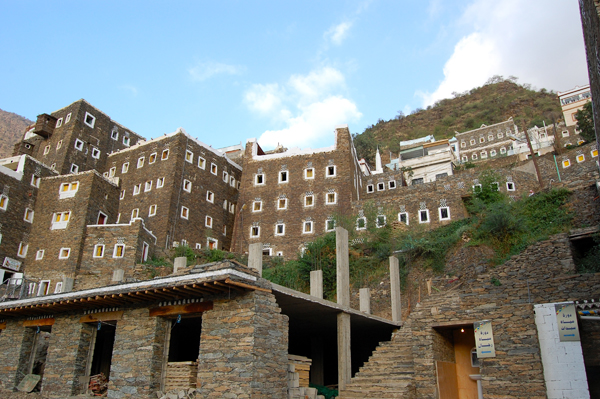 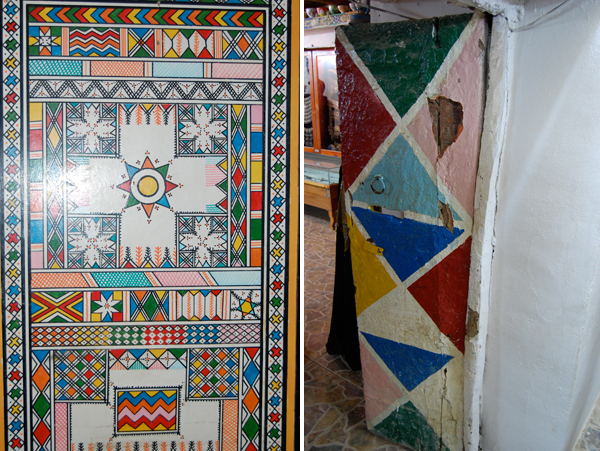 On Sunday, our last day in Saudi(!), we began our final adventure at Al Habalah Park. We rode a tram part way down the valley, and hiked to one of the former abodes that dotted the cliff-side. Let us be the first to tell you: hiking in an abaya is not the easiest thing. 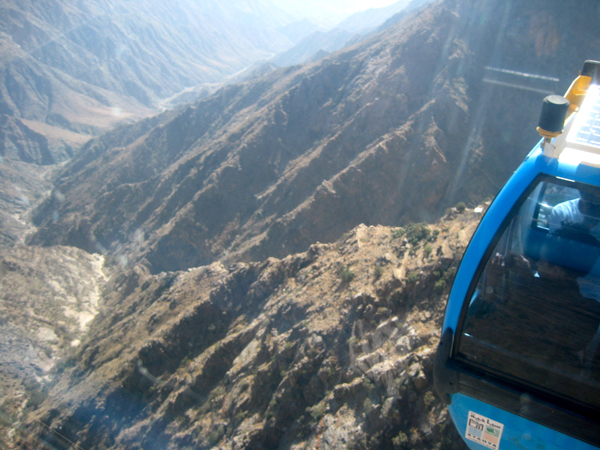 Riding the tram down into the valley. 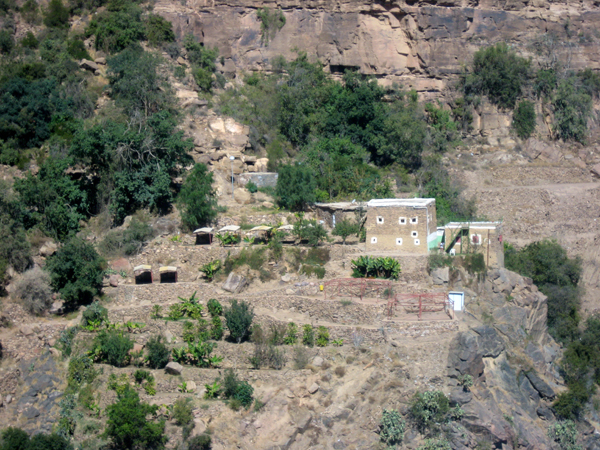 One of the remote stone homes in the Al Habalah.

After taking the tram back up (you’d have to shimmy between rocks to get there without it), we drove to Al-Jarah Park, a remote part of Aseer. A camp had been set up and we chatted with a local man as a traditional lunch was prepared. He spoke to us about growing up in Aseer, how different his town was before it became mandatory for men and women to cover up and stay separate from one another. It was a different perspective from what we’d heard, and a reminder that Saudi Arabia is still a very young nation comprised of many different types of people from the numerous tribes. It is definitely something our designers will keep in mind as they start to organize ideas for the collection. 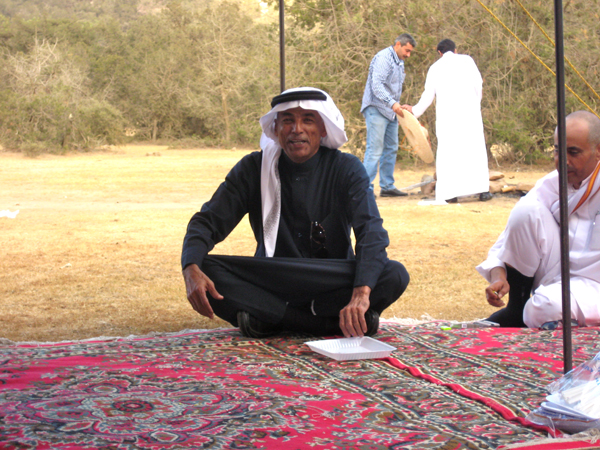 Our host for the afternoon offers an insider’s perspective on Aseer.

After lunch, it was time to start the long journey back. Three flights + several hours of lay-overs = lots of time to think about everything we’d learned, all of the amazing people we met, and what truly embodies the modern Saudi woman. Not an easy task, but we know our designers will turn out an incredible collection. We’ll be sure to keep you updated on their progress! Thank you so much to Harvey Nichols Riyadh and Princess Reema Bandar Al-Saud for such an amazing trip. And thank you to everyone who welcomed us into their shops, schools, and homes for making this an unforgettable experience!