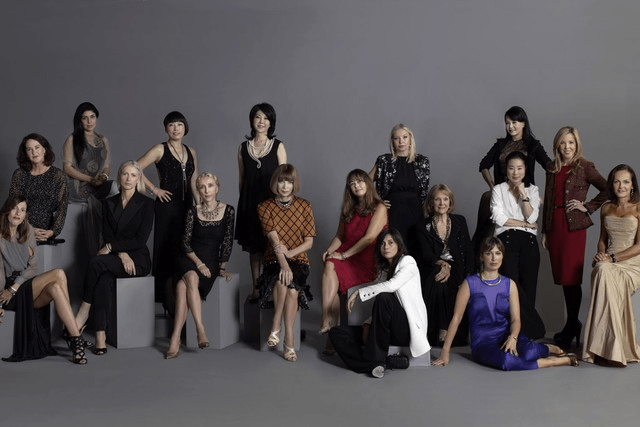 Last week for the first time ever, Vogue editors from around the world all gathered together in Tokyo to celebrate Japan’s first ever Fashion’s Night Out. The evening began with cocktails and a gala dinner, during which Vogue’s top editors all sat for a rare “family portrait”. These group portraits have become quite popular in Vogue and other fashion publications, so we thought that in today’s edition of Monday Morning Photos,  we’d take a look at some of the most iconic portraits from years past. Almost like a fashion-centric holiday card, no? 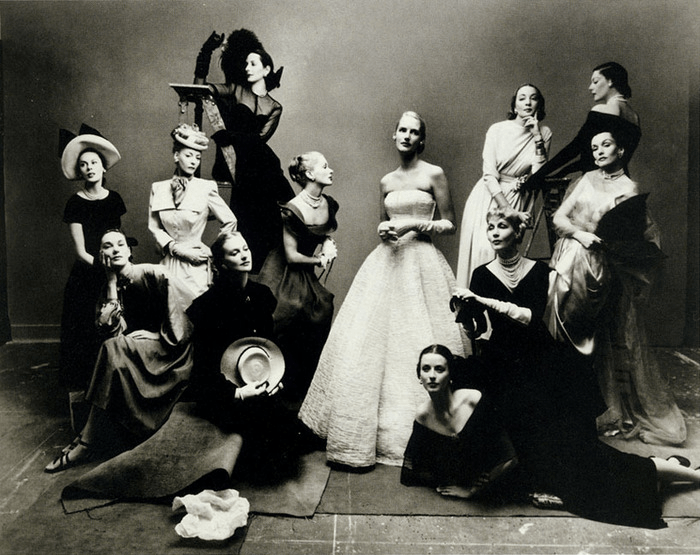 In 1947, Vogue asked Iriving Penn to do a group portrait of the most photographed models of the decade in clothes from American designers. Photo Credit: Irving Penn/Condé Nast Publications 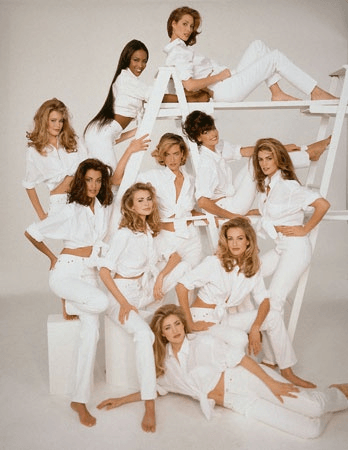 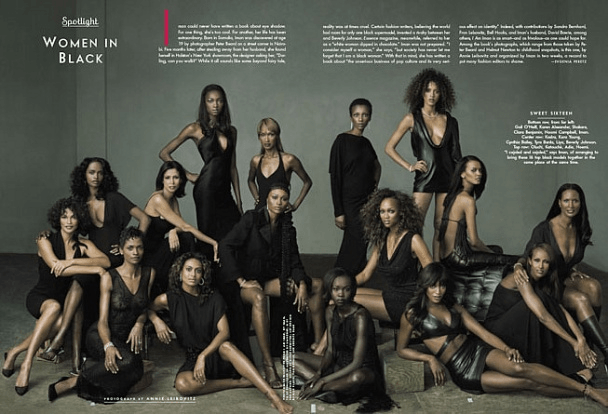