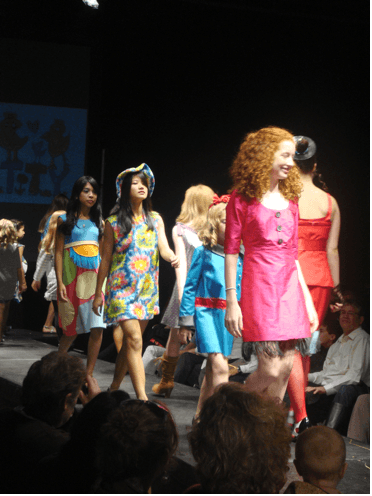 Young designers strut their own designs down the runway at the Wee Scotty Fashion Show. (Photo by: Annie Wehby)

Started in 2001 by Lynn Gallagher, the Wee Scotty Fashion School and Boutique has taken on a fashion show featuring designers from the school ages 7 to14. This year, the designers were given a week to design and create a stage costume to model themselves in hopes that their design would be chosen by their celebrity client, Kate Pierson of the B52s.

The event was a family affair complete with a runway lined by family members of the designers, complimentary dinner and a special mini concert given by local singer/ songwriter Eoin Harrington.

After the debut of the S.I. Sugar collection, currently featured in the boutique, the contestants paraded down the runway in their creations sporting colorful fabrics, eye-catching patterns and plenty of fringe for judges Eoin Harrington, Kate Pierson, and our own Simon Ungless, director of fashion.

When it came time to make a decision the judges narrowed it down to Phoebe Gillan and Myles Zurnik-Traxler who were both brought back on the runway to await the announcement of the winner.

Pierson then joined the duo on stage to pose for pictures in true rock star manner sporting the winning design created by Myles Zurnik- Traxler. Looks like these young San Francisco natives might be giving Tavi the Style Rookie a run for her money! 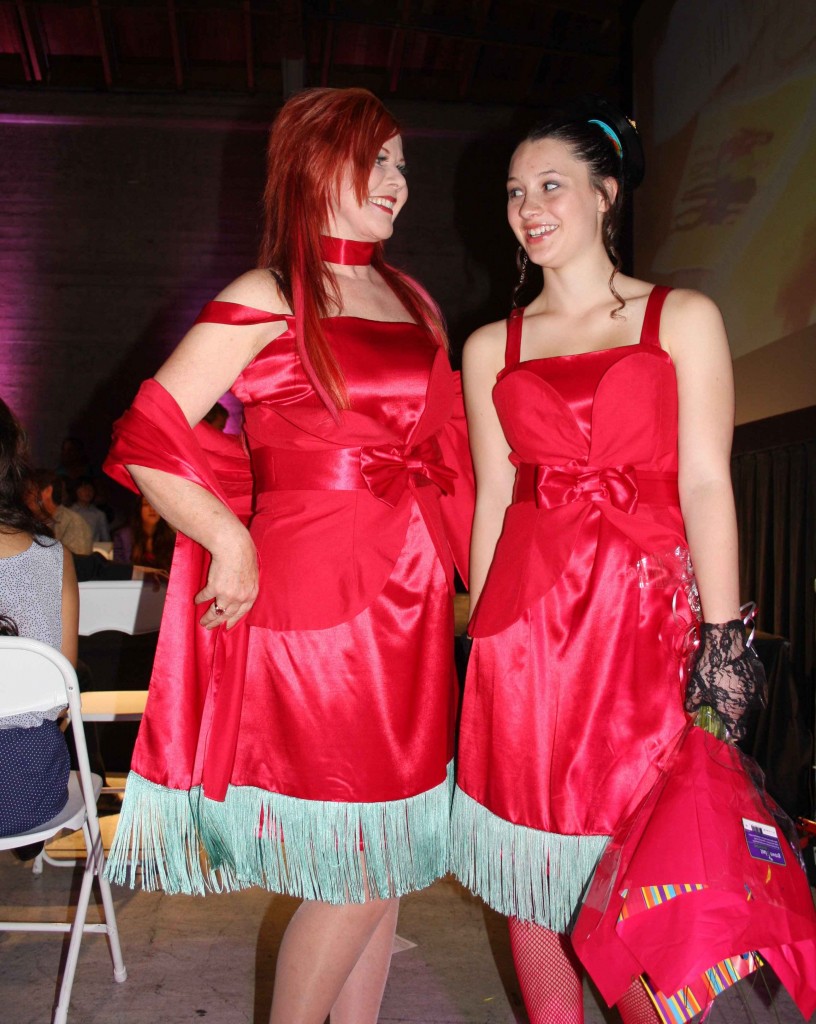