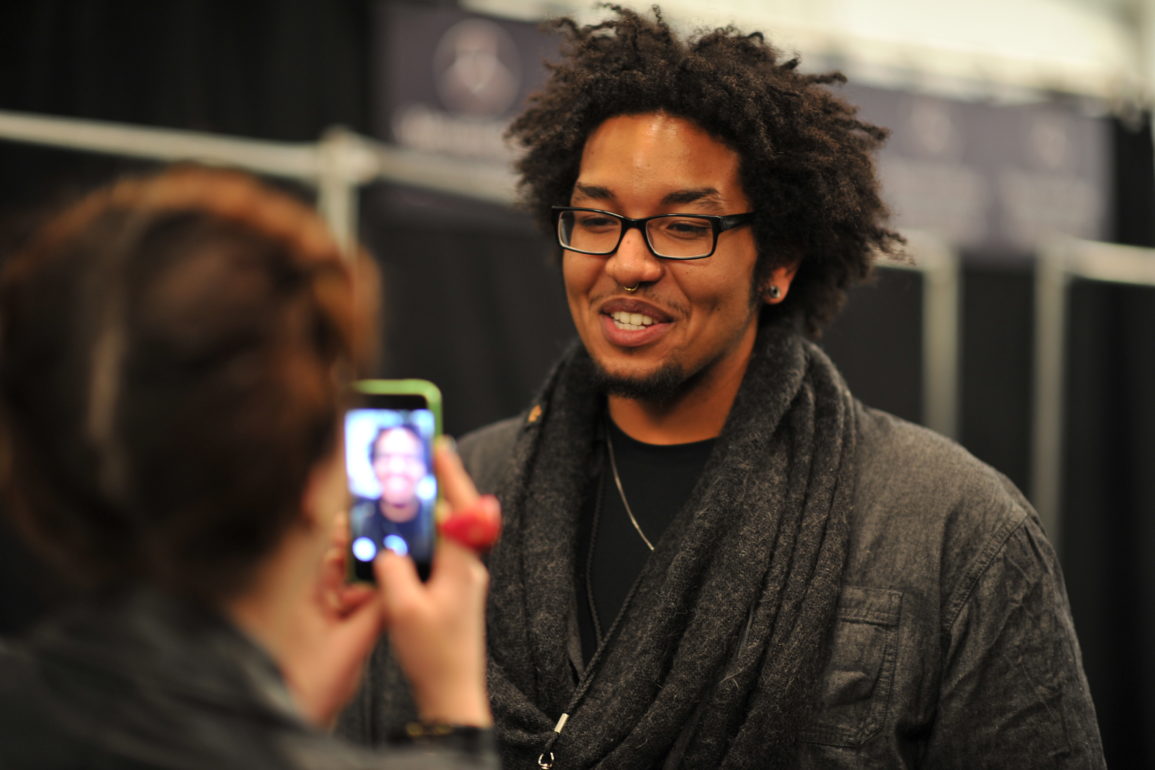 Joseph Khawane interviewed by The Root TV Backstage at NYFW

Minutes before his designs hit the runway M.F.A Textile Designer Joseph Khawne was interviewed by Harriett Cole from The Root TV. She was able to capture his last minute excitement and get a sneak preview of his collection in collaboration with M.F.A. Fashion Designer Mingyu Du. The Root is the premier news, opinion and culture site for African-American influencers.  Founded in 2008, under the leadership of Dr. Henry Louis Gates Jr., The Root provides smart, timely coverage of breaking news, thought-provoking commentary and gives voice to a changing, more diverse America.