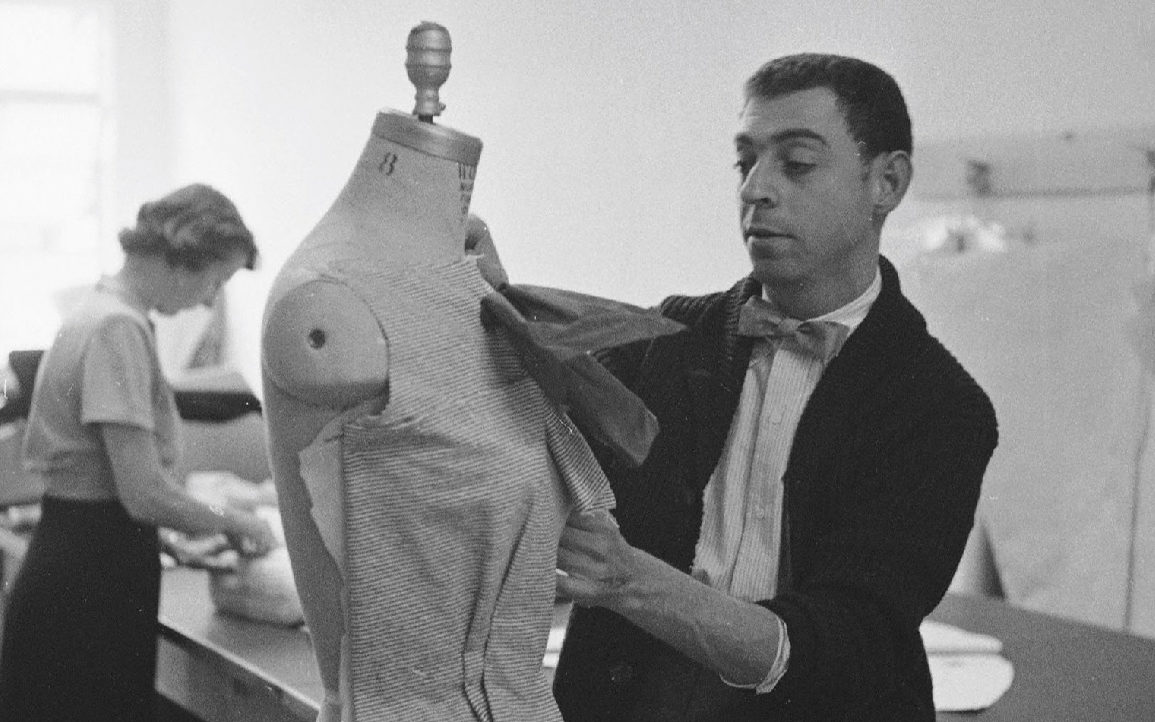 Legendary fashion designer James Galanos died on Sunday at his home in West Hollywood at the age of 92.

Galanos had an elite clientele who treasured his elegant touch since 1952, when he founded the Galanos Originals label in Los Angeles.

He was the youngest designer ever to win the Coty Award in 1954, and also received a lifetime achievement award from the Council of Fashion Designers of America (CFDA), and a bronze plaque on the Fashion Walk of Fame on Seventh Avenue in NYC. Galanos work was championed by fashion doyennes Diana Vreeland, Eleanor Lambert, and Eugenia Sheppard, and thousands of fashion followers.

In 2008, along with designer Ralph Rucci, Galanos received an honorary Doctorate of Humane Letters at the Academy of Art University spring fashion show.

Presenting the award at the time, Academy of Art University President Elisa Stephens said: “James Galanos and Ralph Rucci are known for their luxurious taste and impeccable technique. We are truly honored to have them as our guests.”

Galanos was seen as one of the torch-bearers of the West Coast school of designers, who rose to further fame when Mrs. Reagan became First Lady. She wore Galanos creations for both 1981 and 1985 Inaugural Balls at the White House.

“Mr. Galanos will always represent the epitome of what a true designer should be: He was the master of his craft and never compromised his vision or integrity; he clearly respected women and as a craftsman intuitively knew how to design beautiful clothes for them,” shared Simon Ungless, Executive Director of the School of Fashion at Academy of Art University.

“He’s a touchstone, like [Cristobal] Balenciaga,’’ Rucci told Women’s Wear Daily last Sunday. “He really didn’t like to give interviews. He believed the clothes spoke. He worked. He had great integrity.’’

After graduating high school, Galanos worked briefly for Hattie Carnegie’s 49th Street emporium, then moved on to job as a part-time assistant sketch artist for Jean Louis, head costume designer at Columbia Pictures. By the time he was 24, he was in Paris, working as an assistant to couturier Robert Piguet along with the likes of Pierre Balmain, Hubert de Givenchy, and March Bohan.

Harold Koda, former curator of the Metropolitan Museum’s Costume Institute, shared his reflections with Vanity Fair: “Galanos projected knockout glamour, absolute luxury, but the lightness of his handiwork prevented the clothes from ever looking like costume.’’

His creations were an instant hit with buyers from Nieman Marcus and Saks on Fifth Avenue as well as Hollywood celebrities. So it was naturally that Galanos donated over 100 of his designs to the Los Angeles County Museum of Art (LACMA), which also held designer’s retrospective in 1987.

“Everything he made was beautifully designed and exquisitely crafted,” Kaye Spilker, costume and textiles department curator at the LACMA, told to Pret-a-Reporter.

#RIP to a fashion #legend #JamesGalanos One of the original great American couturier. #glamour #construction draping a true master at it all. Thank you for pioneering and stunning creations! Photo of Gloria vanderbilt by Gordon parks

He retired from design in 1998, still at the top of his game, to concentrate on art photography.

Asked to sum up his career after his retirement, Galanos was typically modest:

“The highlight of my career is simply existing for 46 years. The most important thing I have done is to maintain what I started out to do. I never deviated from what was most important, which was quality.”

Please join us in mourning the death, and celebrating the creative life of one of the America’s greatest couturier James Galanos.

"I had my career. I never looked back. I only look at tomorrow." RIP #jamesgalanos Thank you for all the beauty ?✨✨?