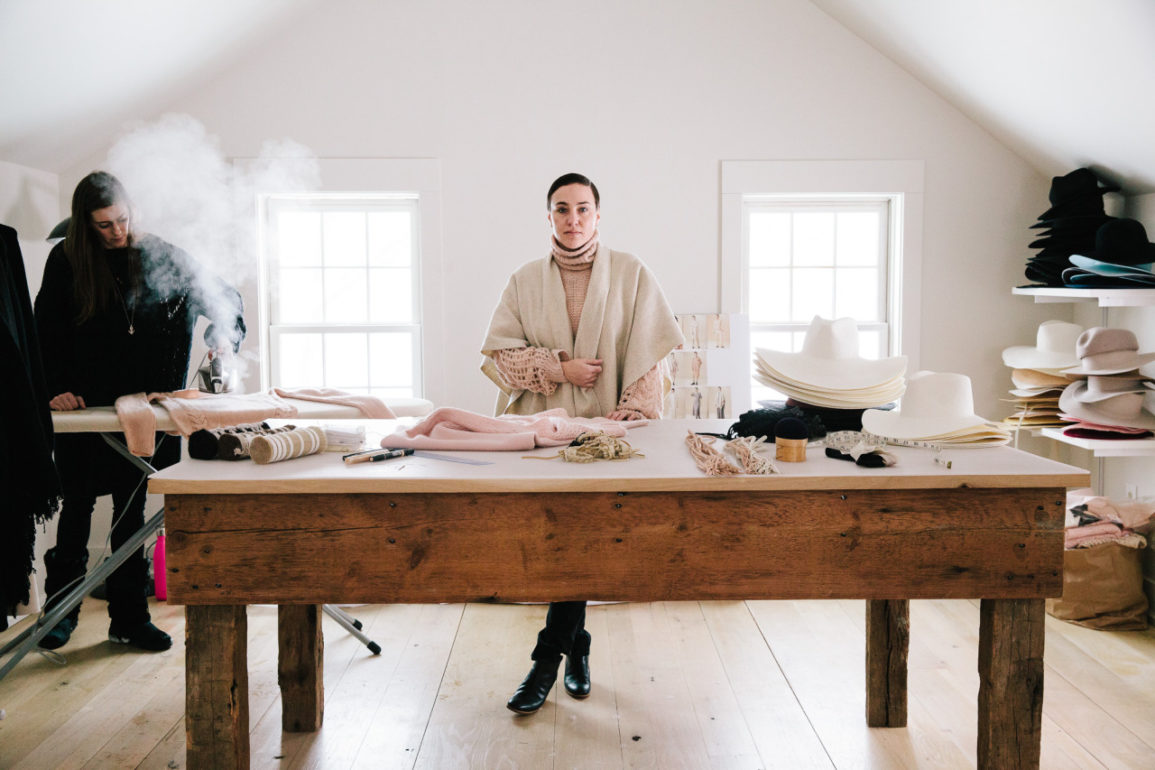 Academy of Art University was elated to have alumna Ryan Roche join the School of Fashion for the 2015 Graduation Fashion Show. On May 14, Roche was awarded the Distinguished Alumni award by Academy President Dr. Elisa Stephens at a private awards ceremony and reception at the School of Fashion. “She is a perfect example of a designer who has successfully launched a thriving career,”said Dr. Stephens. Roche accepted the award on behalf of her successful, sustainable eponymous American clothing line which has been recognized by the CFDA/Vogue Fashion Fund among others. Additionally, Roche awarded an internship to one standout student from the group showing graduation collections.

A former School of Fashion knitwear design major, Roche has always maintained a commitment to supporting responsible manufacturing via sustainable, low impact production, and has worked with a women’s cooperative in Nepal for the last decade as well as supported American manufacturing.

In 2011, her knitwear line was launched after several years of designing childrenswear under her label Mor Mor Rita when famous clients Maggie Gyllenhaal, Milla Jovovich, and Shalom Harlow persuaded Roche to design clothing they could wear too. Roche has had quite the year: Titled with the prestige of being 2014’s CFDA/Vogue Fashion Fund runner up, receiving a nomination for the 2015 CFDA Swarovski Womenswear Designer Award (winners announced in June), being shortlisted for the 2015 LVMH Prize in Paris, Roche has been dubbed by BlackBook as “the new Queen of knitwear.” Roche’s knits have undisputedly become media darlings, with her garments appearing in the pages of both American and British Vogue, The New York Times, T Magazine, Marie Claire, Harpers Bazaar, the LA Times, and Style.com. Ryan Roche is sold at Barneys New York, Net a Porter, 10 Corso Como, Harvey Nichols Hong Kong, Isetan, Opening Ceremony and Elyse Walker as well as over sixty specialty stores worldwide.