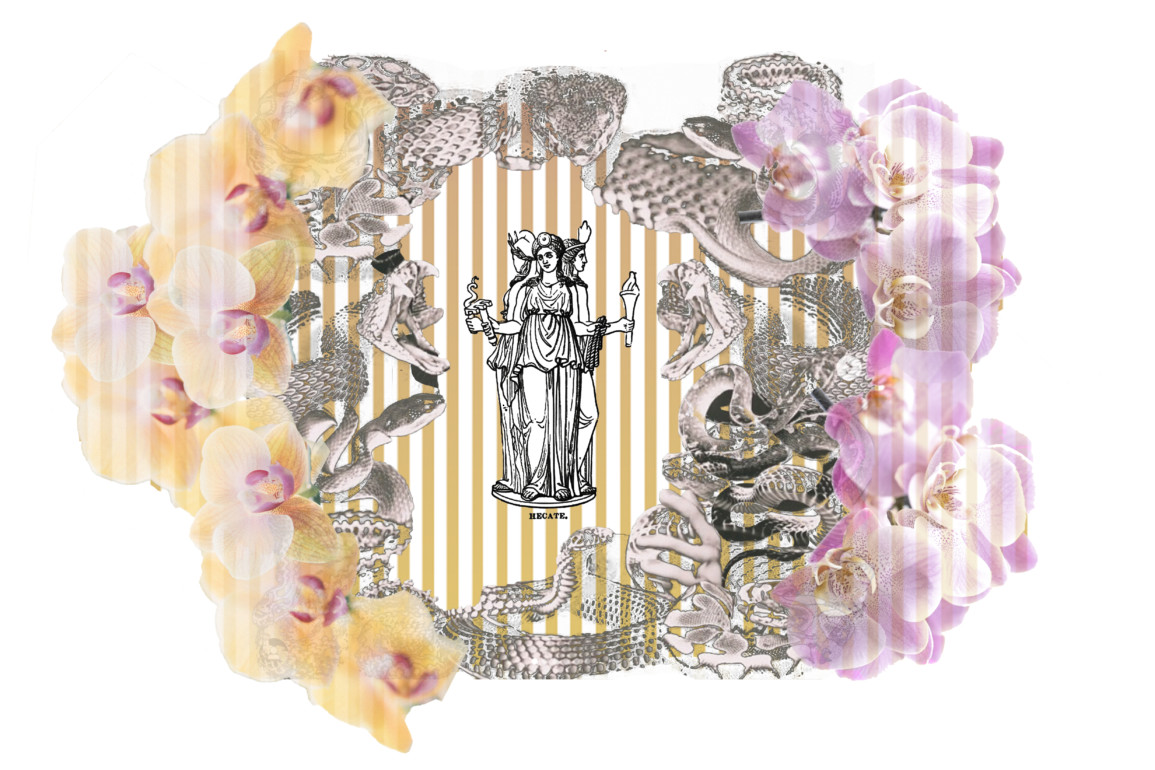 Society has always been fearful of strong, independent women. Centuries ago, they might have been branded witches, their voices quelled by burning them at the stake. Look back even further though, and we see that female goddesses were among the most powerful. Athena, and many other Greco-Roman deities, were associated with protective virtues, using symbology to connect their power to fertility, femininity, and sexuality.

For her senior thesis collection, Hecate, BFA Fashion Designer Maria Acevedo sought inspiration in witchcraft, but not from the Christian perspective. Instead, she was captivated by early civilizations, their practice of magic and, more specifically,  how its symbology has changed over time.

In Greek mythology, Hecate was considered the goddess of magic and witchcraft, often symbolized with a snake. While the snake is perceived by some as negative today, the Columbian designer wanted to create a collection that showed the other side of the story; where snakes are a symbol of fertility, eternal life and magical power.

Knowing that a snake in Christianity is nothing without its garden in full bloom, Acevedo pulls from a color palette found in flower bouquets, referencing sensuality, temporality and lust. The garments themselves are just as intense. Numerous pleats and folds twist around the body, creating the impression of both masses of blossoms and snakes weaving their own shape around the model’s figure in shades of white, lavender, and yellow. Acevedo was also particularly inspired by the orchid; a flower of lust, beauty and, of course, magic. The strong construction of the pieces echo the flower’s sculptural shape.

These garments are not built to purely resemble flora, fauna, or snakes, though. They were created to express emotion and passion, and redefine what fashion should look like. Acevedo did not want to conform to traditional ideas. Instead, she wanted to gather all these magical and wild volumes and transform them into wearable alchemy.