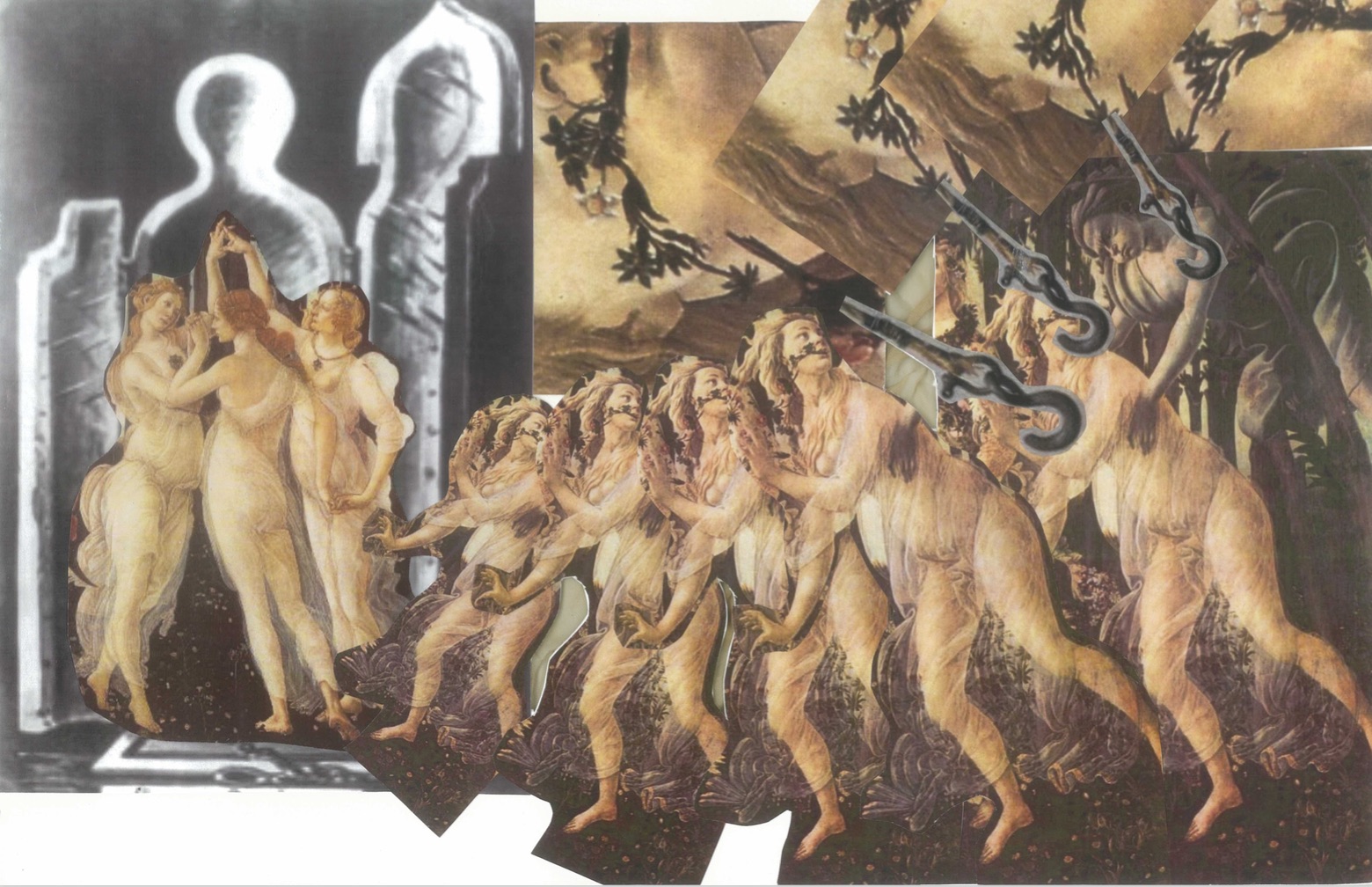 A popular phrase states, “there’s more to someone than meets the eye,” describing when a person or a situation is more complicated than they appear. By taking a look into B.F.A. fashion design student Maya Gunnell, who materialized from a small town in Vermont known for their apples and ice cream, one makes a deeper dive into her fashion collection. When you think of negative and positive, you don’t think of the two being combined or working together. Psychoanalytic theory by Carl Jung, one of Gunnell’s inspirations for her collection, uses the force of taking the negative and positive and watching both beautifully connect as one. Gunnell wants her design to make you feel as if you are your own shadow, having both pessimistic and constructive attributes which make you who you are.

Botticelli’s “Primavera” painting was another inspiration for Gunnell’s collection. The Renaissance masterpiece made her think of the grace and beauty in the mythological scene shadowed by darker energy of the nature surrounding the characters.

During the 15th century, when “Primavera” was created, the sinister tortures of human suspension were practiced, involving intricate tools. Gunnell reflected this dark side of the Renaissance in her designs. She used Gilson hooks which hold up the garment together and translate in the collection the feel of human torture. These features make Gunnell’s creations seem dark yet alluring at the same time.

Each human experience that a designer portrays through their artwork reflects specific characteristics of the artist’s personality. When discussing her work with Gunnell, she commented, “There’s more to you that you’re trying to avoid.”