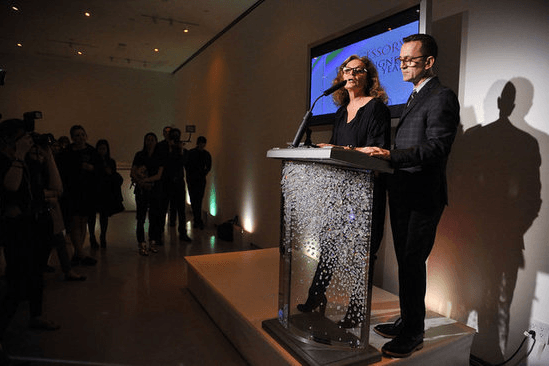 Last night, CFDA President Diane Von Furstenberg and CFDA CEO Steven Kolb, announced this year’s Fashion Award Nominees and Honorees. Though many of the nominations went to former nominees such as Alexander Wang, Proenza Schouler, and Marc Jacobs, who have been dazzling fashion lovers for seasons – there were some exciting newcomers thrown in, too. The most surprising name of the evening: Johnny Depp, who will receive the Fashion Icon Award (and is the first man to ever receive the honor).

Seth Meyers will emcee the evening, and is sure to inject some humor into the event, which takes place on June 4th at Lincoln Center. We know of a few other exciting announcements that will be revealed at the awards ceremony, but we can’t tell you about them just yet. Stay tuned for updates!

Womenswear Designer of the Year

Mary-Kate and Ashley Olsen of The Row

Accessory Designer of the Year

Menswear Designer of the Year

Christopher Peters and Shane Gabier of Creatures of the Wind