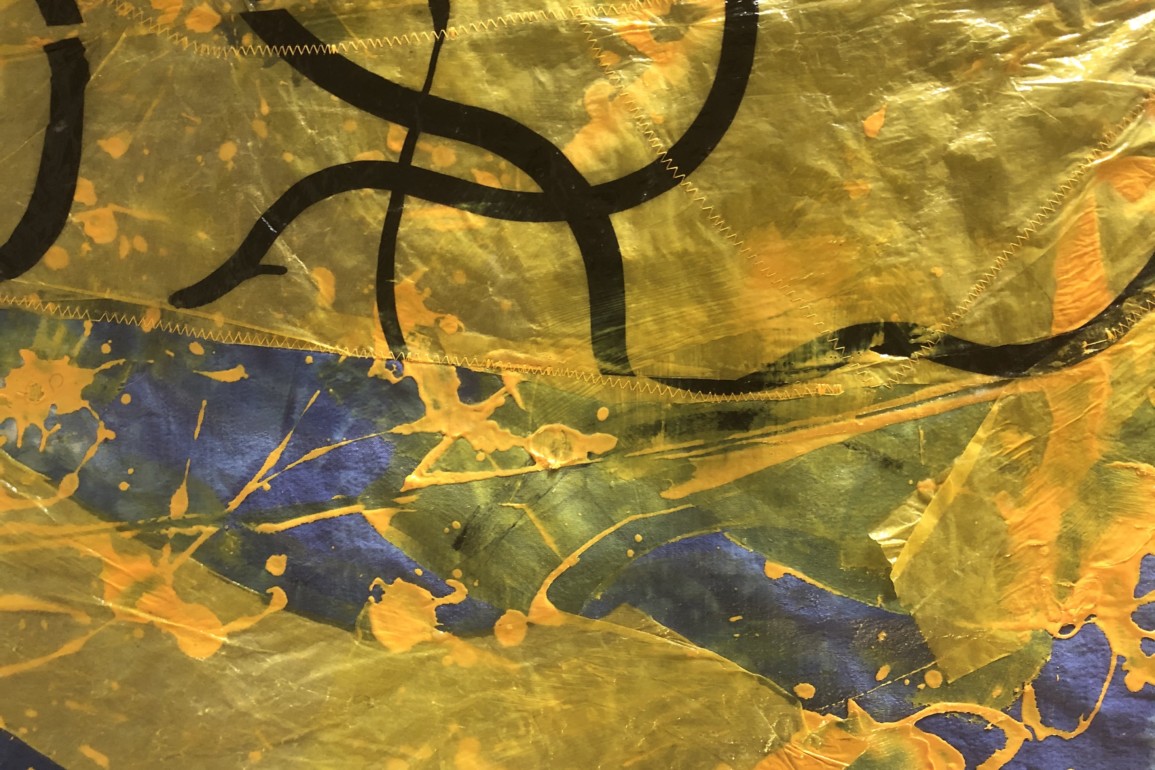 Smith is inspired by everyday life, and a subconscious perception of his city. His thesis collection, created in collaboration with designer Faith Winston, incorporated this inspiration through a series of rhythmic brush strokes and figures on textile prints that echo the work of artist David Hammons. The final work is a saturation of lines, shapes and different patterns that take up the whole space of the fabric, portraying a strong imprint of his voice and feelings through dark, primary colors.

During long hours working at the School of Fashion’s textile labs at Polk St, Donovan would listen to his favorite music to support his imagination and creative process. “I allow the music to take me somewhere. That’s how a lot of my prints come together,” he says. Translated into movement in his designs are the beats of jazz musician Lonnie Liston Smith and his band The Cosmic Echoes. His designs are a recapitulation of “how streets of the city are set up with dashes and construction processes,” yet he will choose to visualize the idea through cocoons transforming into butterflies.

The mustard yellow streaks that cover his work depict a restriction he’s felt since the beginning of his career as an artist. It’s countered by the unconventional and extreme pattern underneath, which represents his true self coming through, unafraid of anyone’s opinion.

Smith and Winston connected through a mutual feeling towards situations that needed manifestation, and the duo allowed themselves to express that collaboration through designs the world should pay attention to. “I felt like it was meant to be,” Winston explains. “Donovan is like the soul of me, and we worked perfectly as a team. He’s like a part of me in a different universe.”