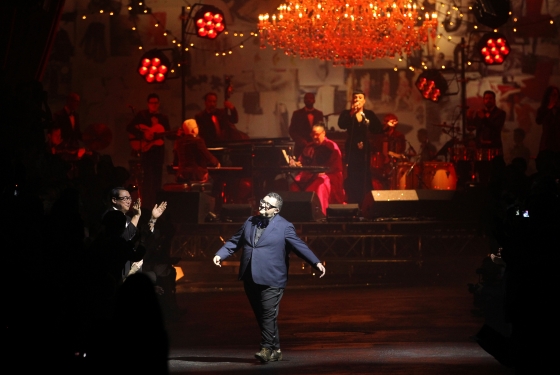 If you didn’t already love Alber Elbaz (who can resist that adorable man) – this will absolutely melt your heart. At a party celebrating his tenth anniversary with Lanvin, the designer shyly announced that he was going to sing “A song for the people I love, a song to all of these people from fashion that I adore, that helped me to realize my dream. I love you.” We’ll just pretend that we were one of those people, because we adore him! He sang a few lines of Que Será, Será before passing off the mic, and then walked around giving out hugs and kisses to his closest friends and supporters. Luckily, the team at Grazia filmed the whole thing so that we could share it with you. Here’s to another ten years!!