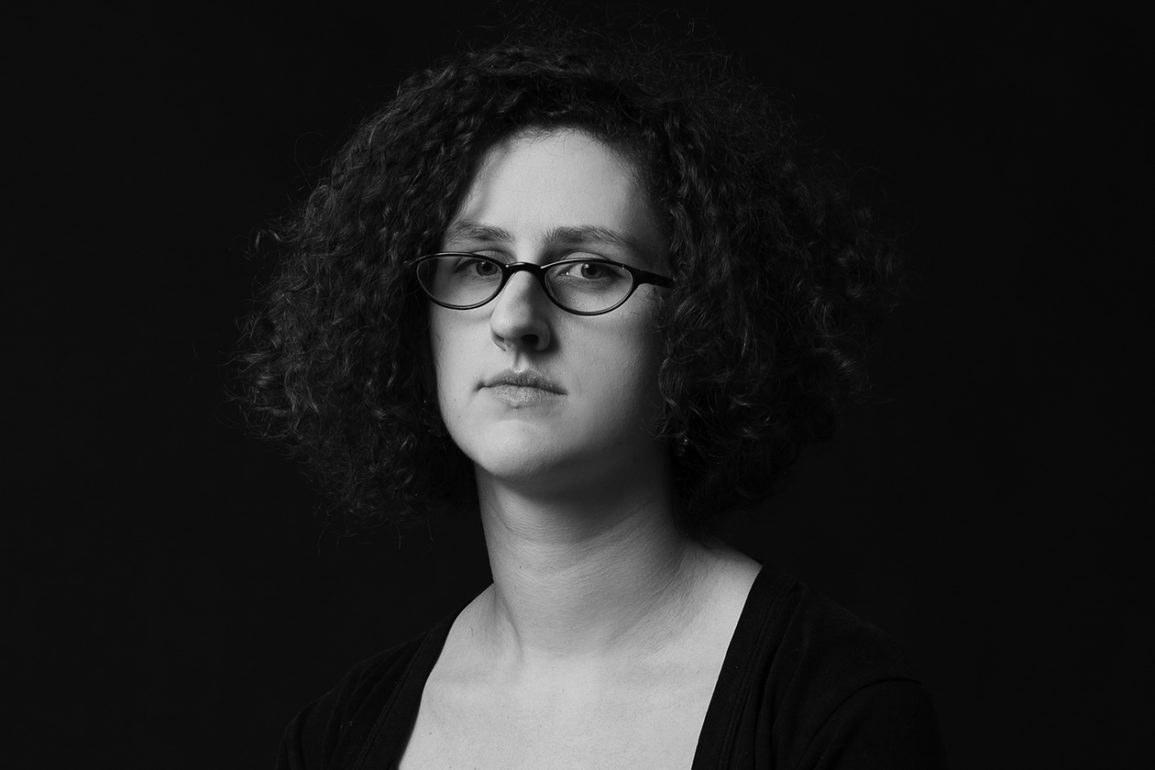 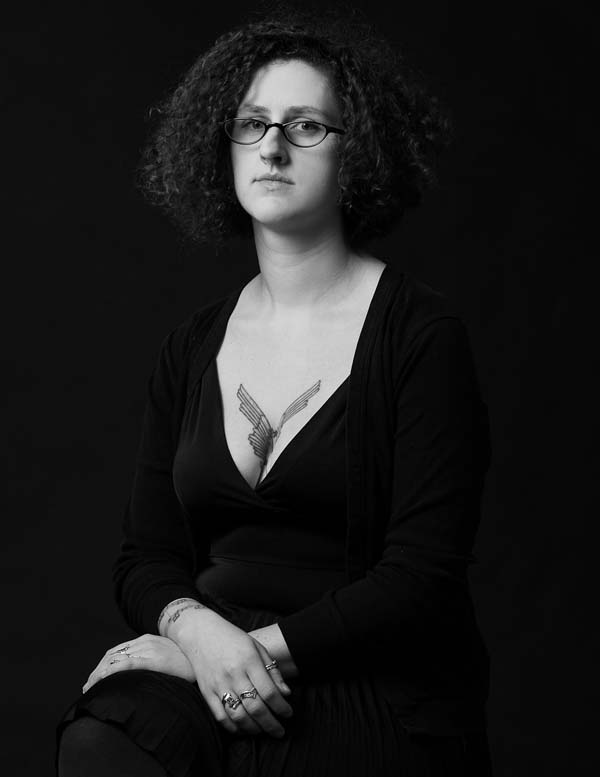 Heather Scholl grew up in Portland, Oregon, staying in the Pacific Northwest region while she attended Evergreen State College in Olympia, Washington, completing her undergraduate degree in Race, Gender, and Sexuality. For Heather, it was never so much about fashion per sé, but about making things she could wear as a form of self-expression. After working odd jobs here and there, she realized she needed to take the next steps to further her design aspirations, and enrolled in the MFA Fashion and Knitwear Design program at the Academy of Art University School of Fashion.

Heather’s Fall ’13 collection skillfully weaves together her seemingly separate fields of study. Through her garments, she sought to explore the often sexually obsessed nature of queer culture, and the duality of pain and glamour that often comes with it. She constructed her bright, graphic collection from wool, cotton and wool, knits, and embellished many of the pieces with intricate beading.

What initially drew you to fashion?
I love the work involved.  The vision.  That it can be this strange balance of art and clothing.  Even items I design that aren’t traditionally wearable, they are still wearable art made for the body, made to be worn.  There’s something kind of wonderful about that.

What have been the most valuable lessons you’ve learned as a fashion student?
For me it’s been to speak up, to believe in myself and what I am doing.  I have always had strong opinions but I haven’t always been able to speak them.  With all the struggle I have gone through here I know I can keep speaking up, keep doing what I do no matter how many negative voices are around me.

Who are some other designers you admire and why?
I think of all those great rule breakers.  The ones that changed what was happening in fashion, who pushed something new out there, or packaged it differently.  Who found a way through the criticisms of their time, to become the legends that they are now; Jean Paul Gaultier, Alexander McQueen, Vivienne Westwood.  But I think of who they were in the beginning, of the strength it took for any of them to do what they did just starting out.

If you could design clothing for anyone, who would it be and why?
I created a fictional person in my head to dress.  One that I hope to encounter in the future.  Someone who squeals at the excitement and the creativity involved.  Who is excited to push you to create more just so they can have a closet full of completely unique and original garments.  And a pretty fabulous fuck off attitude that makes you want to fall in love with her.

For more on the Academy of Art University Fall ’13 Fashion Show, click here.