The great debate on model size isn’t necessary old news — and it isn’t new news. It’s just a debate that will last all the live long day…week…month…year…decade…century (you get the idea).

Nonetheless, in a recent article on guardian.co.uk, equalities minister (who ever knew there was such a role?) Lynne Featherstone, is going to host a series of discussions to “promote body confidence among young people.” 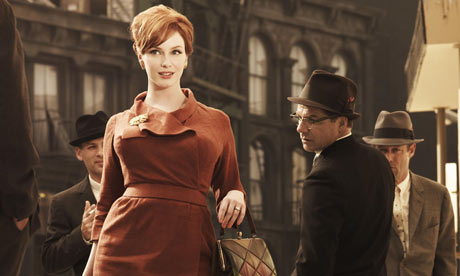 Featherstone is obviously a huge proponent for equal rights when it comes to models of varying sizes. She wants to see an even playing field when it comes to how women are portrayed (size-wise) on magazines, movies, and TV — which is why she loves the character of Joan Holloway on Mad Men played by Christina Hendricks:

“Christina Hendricks is absolutely fabulous. We need more of those role models,” she said in the article. “”All women have felt that pressure of having to conform to an unrealistic stereotype, which plagues them their whole life. It is not just the immediate harm; it is something that lasts a lifetime. Young girls are under intense pressure the whole time.”

In the first of her planned series of discussions, Featherstone will focus on airbrushing saying “the dreadful pressure that young people, girls and women come under to conform to completely unachievable body stereotypes”.

The article goes on to say a lot more…a lot more — and you can read it in its entirety by clicking here.

So what do you think? Will there ever be model size equality?