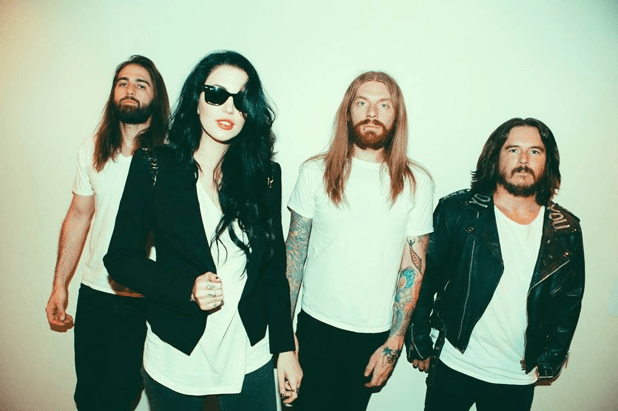 Sounds of Summer: New Music To Help Inspire You

Here’s a summer playlist of up-and-coming artists compiled by BA Styling student Stephen Templeton for a class project, The Dazed Modernist, in FSH 108 02, Introduction to Fashion Journalism, this spring. Enjoy the sounds!

Looking online for new music jam to these days is like a triathlon. You feel sore and if you do it wrong you can be seriously injured (or at least your laptop, in this case). Don’t want to spend the hours to find a hidden gem but, still want to listen to something new that might not be too over played for you yet? I can help. I am always trolling the internet for new tunes to jam too, so I figured I should share my recent finds and let you decide if you like them,too.

Whether you like pop, rock, hip-hop, or rap; I am sure we have found something you will find interesting.

This pop singer strays away from main stream with a garage band and synth tinge that makes angst feel fresh for the new generations. Her cool kid aura and moody looks combined with her lo-fi sound has turned this London born girl into a rising star to watch. For now we only have one music video to get an impression of her – her single,
“Wild Horse.” Frankly, it’s got me curious for more.

No stranger to the label of gritty rock, the band DOROTHY serves snarky lyrics with sides of belting feminine punk vocals with  Southern rock influences. This group has brought L.A. rock back to the foreground, with their no apologies style of performance. Songs to check out: “Missile’’ or “After Midnight.” And the video for “Raise Hell” is a must watch.

This 20-year- old London born, model turned synth-pop singer songwriter has successfully made three dance singles that are breaking her into the scene fast. Jer understanding of music probably came from being the daughter of a Kosovo rock singer. Her self-described ‘dark pop’ style has me anticipating an eventual debut album.

This neo-soul and R&B singer from ST. Louis is building credibility like her fore-sisters Erykaj Badu and Janelle Monáe. Though her last EP was released two years ago, this 25-year-old has recently been rising to the surface. With such subdued style, her songs have an  easy listening quality that sets her apart from a lot of the attention obsessed music industry. I can’t help but wonder how her first studio album will help her evolve as an artist.

Starting when she was 5 years old she started singing in her church choir. Now she has made a career for herself, thanks to her talented writing ability and performance ability showcased through her YouTube channel. This year she is all set to release her first studio album. What will she bring to shoot her career forward?

Now here are five guys we think you should take a listen to. Each one has something different to offer, so don’t be afraid to give them all a shot.

This 22- yearp-old singer songwriter from the U.K. has the voice and the lyrics to make an addict out of anyone. His well balanced vocals wavering between smooth and gravely partnered with his mesmerizing melodies make for a pairing that is a powerful package. Recently releasing his first EP,
“Bang Bang,” he has already made a name for himself, with the BBC, Clash, and Q mag all singing his praises. Listen to his singles “Bang Bang” or ”‘Chains” and you will begin to understand the heavy attention he is getting.

Described as alt-dream pop, these three guys have found a following as passive and optimistic as their sedated sound. An L.A. band with a distinct understanding of pop melodies and discontented, angsty lyrics, this trio is making pop easy to digest. With a youthful following and two EP’s, an album has to be inevitable. Keep an eye out for these newcomers and their sounds of the times.

With 80’s romantic rock singing style and a grungy look, Penn Badgely and his band has successfully captured our attention. MOTHXR has quickly taken their synthesized vocals and languid melodies and already produced their first studio album, “Centerfold,” along with a video for their first single, “Touch,” a flashback to 80’s arcade gangs. We will see how their nostalgia develops.

Indie pop has a fresh face amongst its ranks and he doesn’t seem to beholding back. Tor says he started singing because when he was a kid, his mother would let him listen to David Bowie, Elton John, and Fleetwood Mac who later became his role models. His music style is subdued, with a focus on  strong vocals and honest lyrics. A 21-year- old Brooklynite, Tor Miller’s soaring vocals and weaving lyrics prove he has the chops to make a splash.

At 23- years- old, this Ontario native may be making it to mainstream rap soon. He doesn’t have a set style but  it  ranges from EDM to R&B. Tory is scheduled to release his first official album this year with Interscope after seven years of pushing. This is all thanks to his hit single, “Say It’’ ’ that gave him his jumping off point. We will see where it takes him.

For more, go to http://thedazedmodernist.weebly.com