Pictures of the week (the snowy edition) 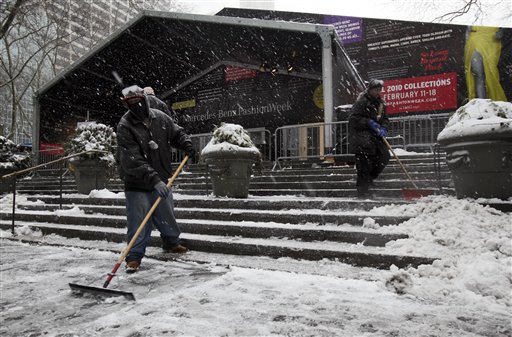 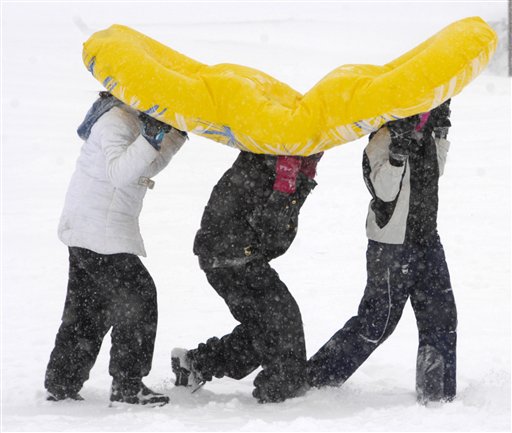 The sled hill at Lockwood Park in Racine, Wis., was a popular place for students who had the day off from school, as snow swept across southeastern Wisconsin Tuesday Feb. 9, 2010. Lauren Mandli, left, Jessie Barker, and Arden Peterson carry their floppy sled back up the hill. High winds exacerbated the problems caused by the snow. (AP Photo/Journal Times, Mark Hertzberg) 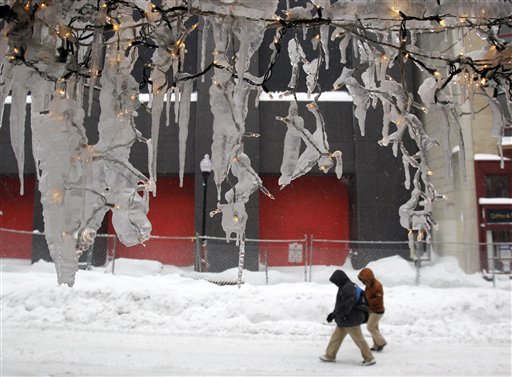 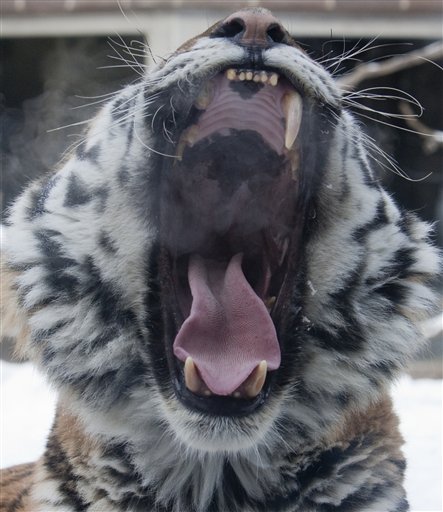 Breath condenses around a Siberian tiger with a missing canine tooth as it yawns at Henry Doorly Zoo in Omaha, Neb. on Monday, Feb. 8, 2010. Temperatures dipped to 8 degrees Fahrenheit, and the wind chill was -7. (AP Photo/Nati Harnik) 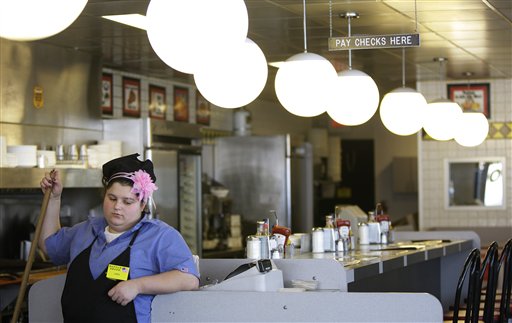 Waitress Julisia Hoin pauses as she mops the floor during a blizzard at an open but empty Waffle House restaurant in Lancaster, Pa., Wednesday, Feb. 10, 2010. (AP Photo/Carolyn Kaster)

Do you have any pictures you would like to submit into consideration for “Picture of the week”? If so, email them to fashionschooldaily (at) gmail (dot) com. They could be pictures you have taken or really interesting and inspirational ones you found online. Make sure you include your NAME, MAJOR, and a PHOTO CREDIT.

We look forward to seeing your submissions!