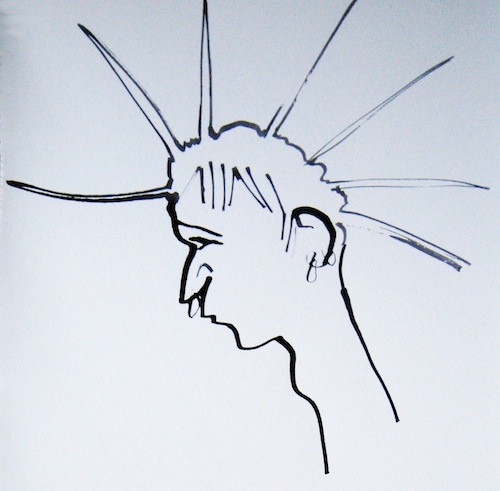 I am writing this on April Fool’s Day about April Fools. And you are reading it later which is fairly foolish…

WHERE do I begin?

Dare not mention religion or a God. She might send the devil to tempt me.

Money? So many fools. The biggest must be Patricia Kluge, who got a billion dollar divorce settlement ($1.6 million a week) from John Kluge in 1990. It’s all gone and today she is $23 million in debt (give or take a few zeros). I’ll be quiet – in case she wants to borrow a few bucks.

Travel? Prize Fool is that frequent flyer seen at airports wearing shorts, T shirt and flip-flops in December. I won’t go on, he may ask to borrow Issey Miyake jacket.

Foolproof Media? Trying to boost circulation by mixing culture/celebrities/gossip and getting it all wrong. Editors: read The National Enquirer or The Globe, found at supermarket checkouts. Full of good stuff, all lies. Why confuse a good story with facts?

The royal family? (see above)

Fashion? Fools? Art? Not enough space. I’m writing a book on these topics. Publisher ordered me to stop at 400 pages.

Hope you had a splendid April Fool’s Day.

P.S. My favourite April Fool’s hoax was a television documentary about the celebration of the spaghetti tree and the ceremonial harvesting of pasta. On the B.B.C.! Read about it here.

On April 1, Google nearly matched the B.B.C. Read about that here.