Menkes and Alexander give us some love

The prestigious International Herald Tribune fashion editor, Suzy Menkes attended our show yesterday and – well…here’s what she had to say about our designers…

The polyglot students from the Academy of Art University in San Francisco showed an impressive diversity of style and technique. Standouts included the jacquard knitwear in vivid colors from the Bulgarian-born Marina Nikolaeva Popska; and the mosaic colors and origami effects from the Thai designer Sawanya Jomthepmala.

I like the word, “polygot.” You should try using that word at least one time today. 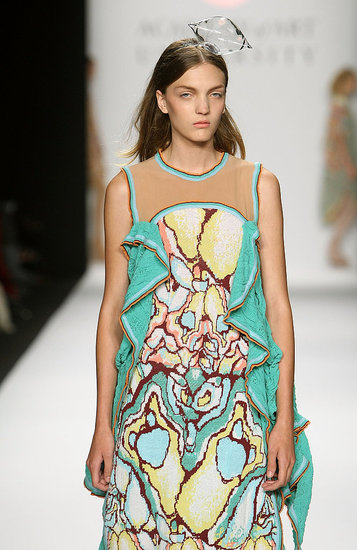 Marina gets jaunty with her jacquard (Photos courtesy of Getty Images) 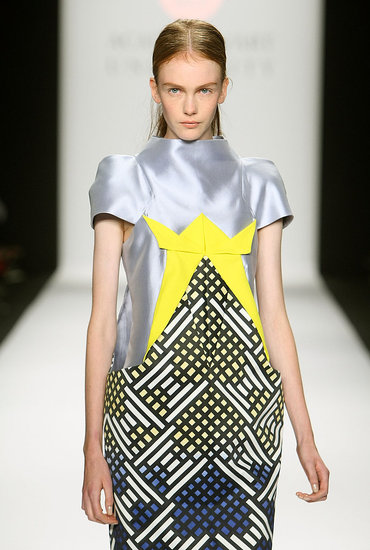 In addition, Hilary Alexander from The Daily Telegraph had similar things to say:

The standout collection of the seven graduates this season was by Sawanya Jomthepmala, who produced dazzling, zigzag prints in pink and yellow, lilac and lime, turquoise and shocking pink, inspired by the traditional glass mosaics of Buddhist temples in her native Thailand.