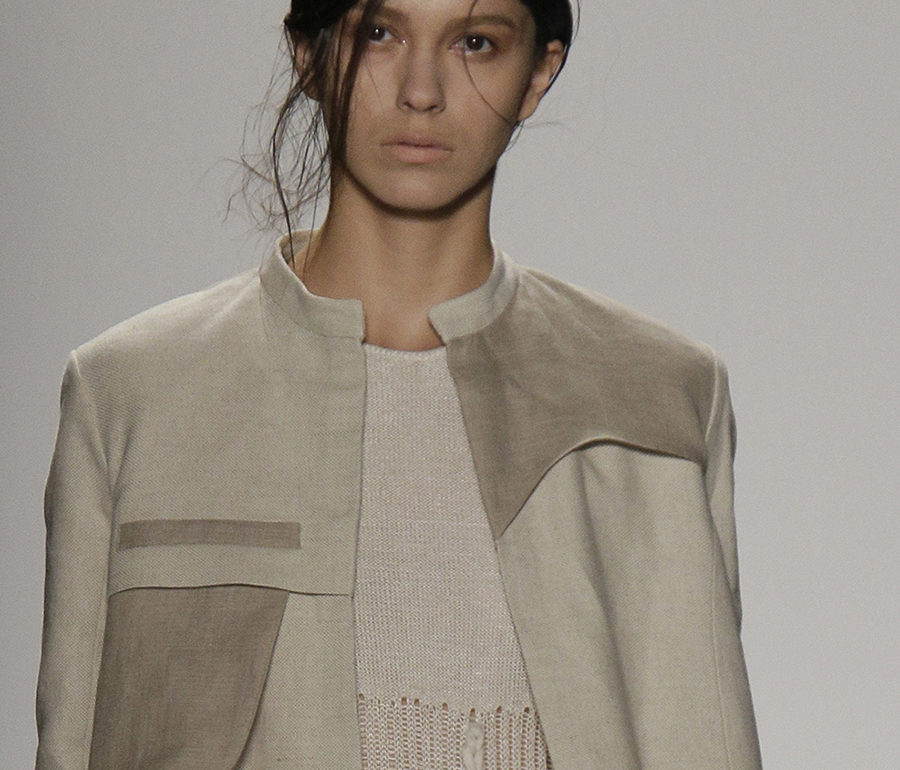 Mia Jianxia Ji, M.F.A. Fashion and Knitwear Design, grew up in Shangrao in the Jiangxi province of China. Mia’s design skills have earned her recognition on many occasions; in 2010 she won an honorary award in an international design competition held by the International Textile and Apparel Association (ITAA) and Paris American Academy (PAA), and in 2008 she was a Second Degree scholarship winner in the Creative Sketch Competition held by her B.F.A. alma mater, the Beijing Institute of Fashion Technology. Mia’s collection, which she has named “SILHOUKNIT,” uses the texture of knitted fabrics to evoke the shapes and feelings of Ana Rajcevic’s art collection “Animal – The Other Side Of Evolution.”