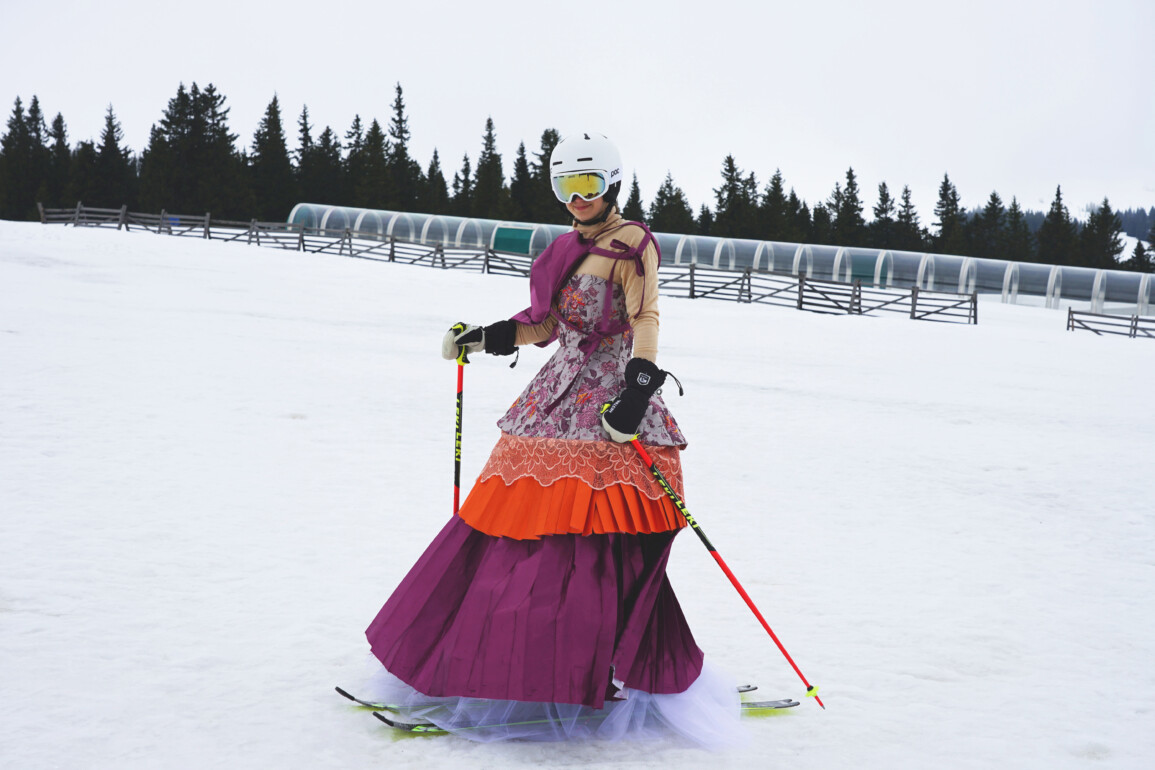 My collection is called Perfektion, the German word for perfection, inspired by my Austrian heritage and the Austrian-Hungarian princess Sisi, whose dresses always reminded me of peonies. However, my collection also connects to the idea of perfection in social media – where people are obsessed with looking flawless – using filters and photo editing until, in the end, the final image isn’t even them anymore. Everyone should appreciate themselves, their body, and their appearance, either online or offline.

Through this collection, I am bringing 19th-century Austrian dress to modernity. I took the inspiration of the peony further and created different shaped gowns which don’t refer back to the classical silhouettes and colors back then, as I added orange to freshen it up. I also incorporated silk brocade in combination with silk taffeta, satin, lace, and polyester tulle. I wanted to show my embroidery skills as well and embroidered over the brocade by adding some orange touch to the purple brocade and small peony embroideries on the pink brocade I used. Furthermore, I handstitched lace applique onto the corsets of two of my outfits to refer back to the craft of couture dresses. For my tulle skirt, I developed a new technique by creating tulle bubbles that are wrapped around the petticoat of the underconstruction of my look as I wanted to show the underconstruction of my looks as well which looks already really interesting due to the volume of the tulle. Lastly, I really liked the idea of the pleats inspired by the aorta because of that I developed this idea further and created pleated capes as well as pleated sleeves placed across the body tied together on the side as accessories. The dress can be worn with or without them or combined with another outfit to have a great variation or even wear it to another outfit not part of my collection.