Last spring, students from Fashion Design 4 became consultants on the costume design and character development for the new The Sims 2 Castaway video game. 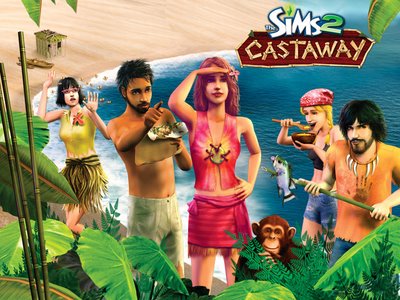 Intructor Sara Kozlowski worked with students on this project. “I worked with the students during Fashion Design 4 of last spring and gave the SIMS animation team a lecture on the design process bringing along students Ann Gobielle (now at Maria Cornejo) and Lisa Harbottle (presently a senior). When I was there, Chuck and Chris walked me through the game. In the end Chris developed the characters based on ideas given by students. Looks weren’t developed literally, the students became more like consultants.”

Chuck Eyler from EA explains. “We asked the students to help us design clothing you could construct from materials you would find on a tropical island. Sara encouraged them to really try it on their own. Students considered patching your clothes as they deteriorated and invented variations on crafted clothing, even used berries for dye, made designs for woven flat reed clothing and clothing inspired by tropical imagery. They gave us a head start and were an inspiration for a creative direction. “