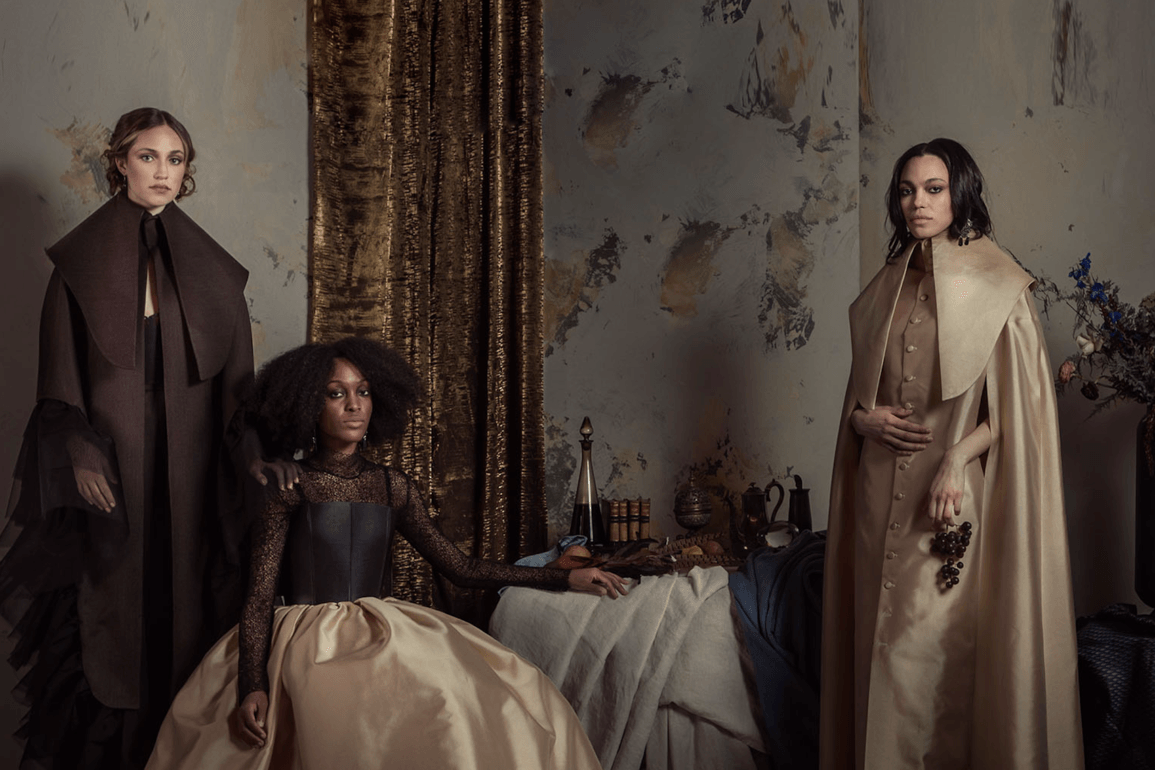 I started my studies at Academy of Art in 2012 and took a hiatus from 2015 to 2020. During this break from school, I applied what I had previously learned at AAU and started my own business in creating custom garments. Most of my work can be seen on drag queens and even on TV. After graduating, I will be studying for a year at Studio Berçot in Paris.

The initial inspiration for my collection was the iron maiden torture device. I found the contrast between the beautiful ornamentation on the outside and the spikes on the inside to be quite fascinating, restricting any movement from the one being tortured. Alongside the torture device, I looked into Dutch and Flemish paintings for inspiration and found a similarity between the two inspirations. My designs force the same rigidity and restriction as the iron maiden while at the same time boasting stoic elegance found in the silhouettes throughout.

Many of the materials used in my collection are made of natural fibers such as wool and silk, as opposed to synthetic fabrics. I’m very passionate about my work and value craftsmanship more than the design itself. The leather work has hand-punched motifs throughout that emulate the intricacy of lacework, lending to a modern approach to historical silhouettes.