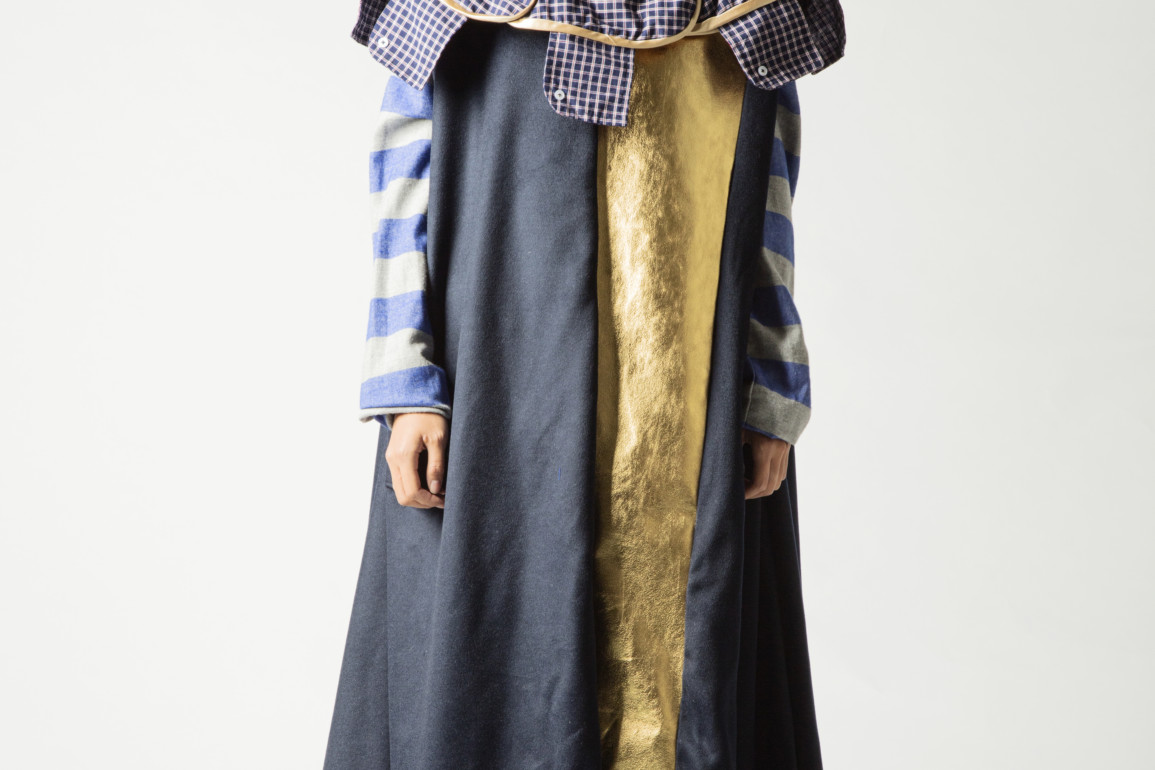 An Ode To The Working Class

Imagine sitting on your bed, stretching out your legs and finding your feet touch the wall opposite you. Now imagine the 35-square foot room housing this bed is your whole apartment, and your entire life has been squeezed into a space that might match someone’s broom closet. In Seoul, South Korea, this type of residence is called a goshiwon and was one of the direct inspirations for BFA fashion designer Klara Jeongin Han’s senior thesis collection.

Han first discovered the goshiwon while looking through an art website, where she stumbled across images by photographer Sim Kyu-dong, taken of residents in a community he lived in shortly after he moved to Seoul. She found Kyu-dong’s photos enlightening in the way they searched for expectations of sadness and pain but found only resilience and hope. Han realized that, although people do not want to be judged, they are often hasty to judge others in the wrong way. Her curiosity was driven further by the 2019 movie Parasite, which juxtaposed a wealthy family with the lower-class members they employed.

Throughout her collection she references elements common for those living in goshiwon-style spaces and the half-basement apartments from Parasite. One key reference is house slippers, which she reinterprets throughout her collection with repurposed neck ties and shirts synonymous with the working class. Han uses items that at first seem so commonplace, but are transformed to a point where they not only honor the working class, but elevate them to a point where they keep the world turning.

When you see the line-up, you might think there is nothing working-class about Han’s clothes. Each silhouette screams for the fashion-first woman, a risk-taking woman who belongs to the upper echelon of society. But look to the floor and you’ll notice the ultimate salute to the working class, and a tribute to their hard work, dedication and perseverance. Find a model’s feet and you’ll see house slippers, gleaming proudly in gold.