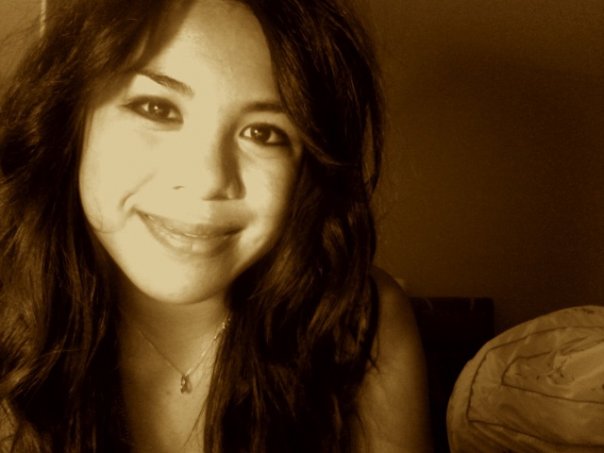 May 2011 B.F.A. fashion design graduate Stephanie Alegado has just landed a fabulous internship with menswear company Buckler in New York. This name might sound familiar, as the company’s founder and head designer, Andrew Buckler, was an honored guest at the May 2011 Graduation Fashion Show and received the Academy of Art University President’s Award for Excellence. Stephanie will be joining 2007 B.F.A. graduate Munsoo Kwon, who has been designing for the hip label for three years. We chatted with Stephanie as she prepares for her exciting move to NYC!

How did your interview go?

My interview went really well. I had made arrangements to meet with a member of the Buckler team for the interview but I was pleasantly surprised when Andrew himself came out and did the interview! He was so welcoming. We took some time to discuss San Francisco, the Academy of Art University, his experience at the show, and how I found myself in New York to interview for the position. He was very supportive, ensuring that I was familiar with New York and that if I were to make the move that I would have a stable living situation and wouldn’t be having a nervous breakdown my first week there. Fortunately, I’m quite familiar with the city and have plenty of couches to crash on if all else fails!

You mentioned that Andrew gave you an assignment, what was it and how did he like it?

The flat sketches featured in my portfolio are all hand done. After spending years doing computer flats I wanted to refine my ability to do my flats by hand and made the conscious decision to feature only flats done by hand in my portfolio. He noticed it immediately, and while he liked them, he requested that I do some flats on Illustrator to demonstrate that I could do them since their designs are outsourced and the ability to do flats is key. He also asked that I do a rough sketch of my interpretation of the Buckler aesthetic. A couple of weeks after I sent it over I got a call from them saying that Andrew loved it and that he really thought I understood their aesthetic and would love to offer me an internship!

When do you move to NYC?

I’m planning my arrival around the time of their presentation at fashion week so I can make a contribution. It’s not set in stone yet, but it’s looking like the first week of September.

Other than the internship, what are you looking forward to most in NYC?

I’m looking forward to exploring New York. There are so many things to see and people to meet that I feel like I never get enough when I visit. I can’t wait to make my way around and see who or what I stumble into!

What will you miss about SF?

The food and the weather. Good and affordable food is so accessible in San Francisco. I have no doubt that I’ll eat well in New York, but I have no doubt it will come at a higher price. The weather is also so extreme in New York! I’m not looking forward to winter!

My graduation gift to myself was actually the month of June off. I travelled to Savannah, Georgia with my boyfriend and road-tripped to Manchester, Tennessee to go to a music festival. A week after I traveled to New York where I interviewed with Buckler, worked a sales presentation for a wardrobe company I’ve been with since 2008, and went on a few mini-adventures (most of which involved shopping). A few days after my return I had a lovely weekend in Napa attending a friend’s wedding. My next vacation won’t be until January when my boyfriend and I got to Mexico! I can’t wait!